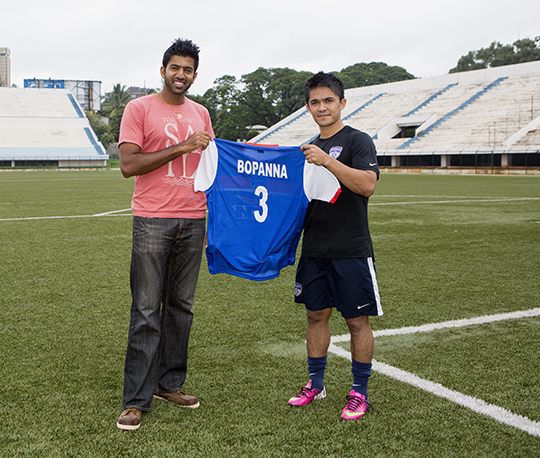 “I’m a huge fan of the game and irrespective of what team is playing, if there’s football on television, I’m always glued. So, to have a team in my home city is just fantastic. I’m going to have some free time in November and I’m going to make it a point to be at the stadium in my club shirt to cheer the team at games. I’m an official fan now.”