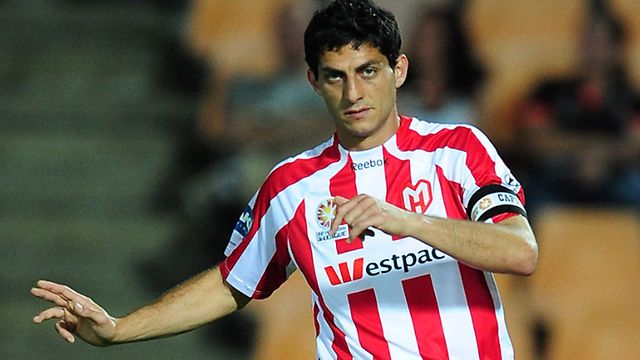 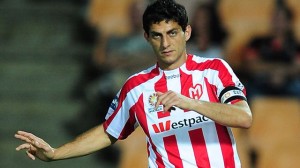 Dempo SC have completed another foreign signing ahead of their season by snapping up former Australian International and Melbourne Heart defender Simon Colosimo.

After graduating from Australian Institute of Sport Program, Colosimo signed with the National Soccer League team Carlton FC. Some promising performances in the national U-23 squad earned him a call from the EPL giants Manchester City. After spending a season with six appearances with the “sky blues” he then moved on to various competitive leagues across Europe. Recently, he has been in top form with the Melbourne Hearts of Australian A-League.

Colosimo has also represented Australia at the Sydney Olympics in 2000 as well as in the AFC Asia Cup qualifiers in 2011.

Dempo Coach Arthur Papas said Colosimo’s addition to the squad is a welcome move “Simon is a player with a high level of experience in Australia, Europe and Asia, and internationally has represented Australia at all age levels culminating in nearly 30 full senior appearances”

“He has captained many of the teams he has played with and I expect him enhance our football style whilst imparting his knowledge, leadership and professionalism to assist our club in a time when we are undergoing a transition period.” – said Mr. Papas.

“It is a coup for the club to have signed a player of Simon’s calibre for next season.”  – added the head coach.

Simon Colosimo is expected to reach India in the first week of July.