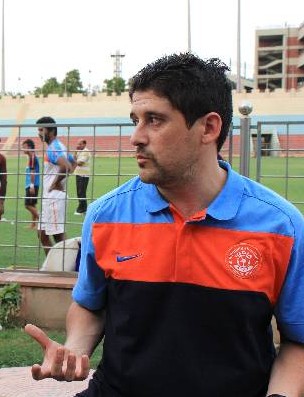 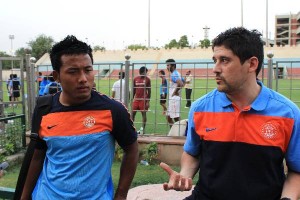 Jeje Lalpekhlua will lead Indian football team in the AFC U-22 Championship (Qualifiers) to be played in Muscat from June 23. Goalkeeper Gurpreet Singh Sandhu has been named his deputy. The Indian squad which has been preparing at the Al Wasl Training Ground in Dubai leaves for Muscat on Thursday (June 21st) morning for the Championship.

“It is a huge honour for me to lead my country,” Jeje told www.the-aiff.com. “We have been training under Head Coach Arthur Papas since the first week of June and he has been a pillar of support to all of us,” he added.

India who have been clubbed with hosts Oman, Lebanon, Iraq, UAE and Turkmenistan play Lebanon in their first match on June 23.

Meanwhile, the Indian squad defeated DNATA Club 4-1 in their second friendly match on Tuesday (June 19). After a barren first half, Lalrindika Ralte scored a brace for India in while Shaiju Mon and striker Manandeep Singh scored one apiece.