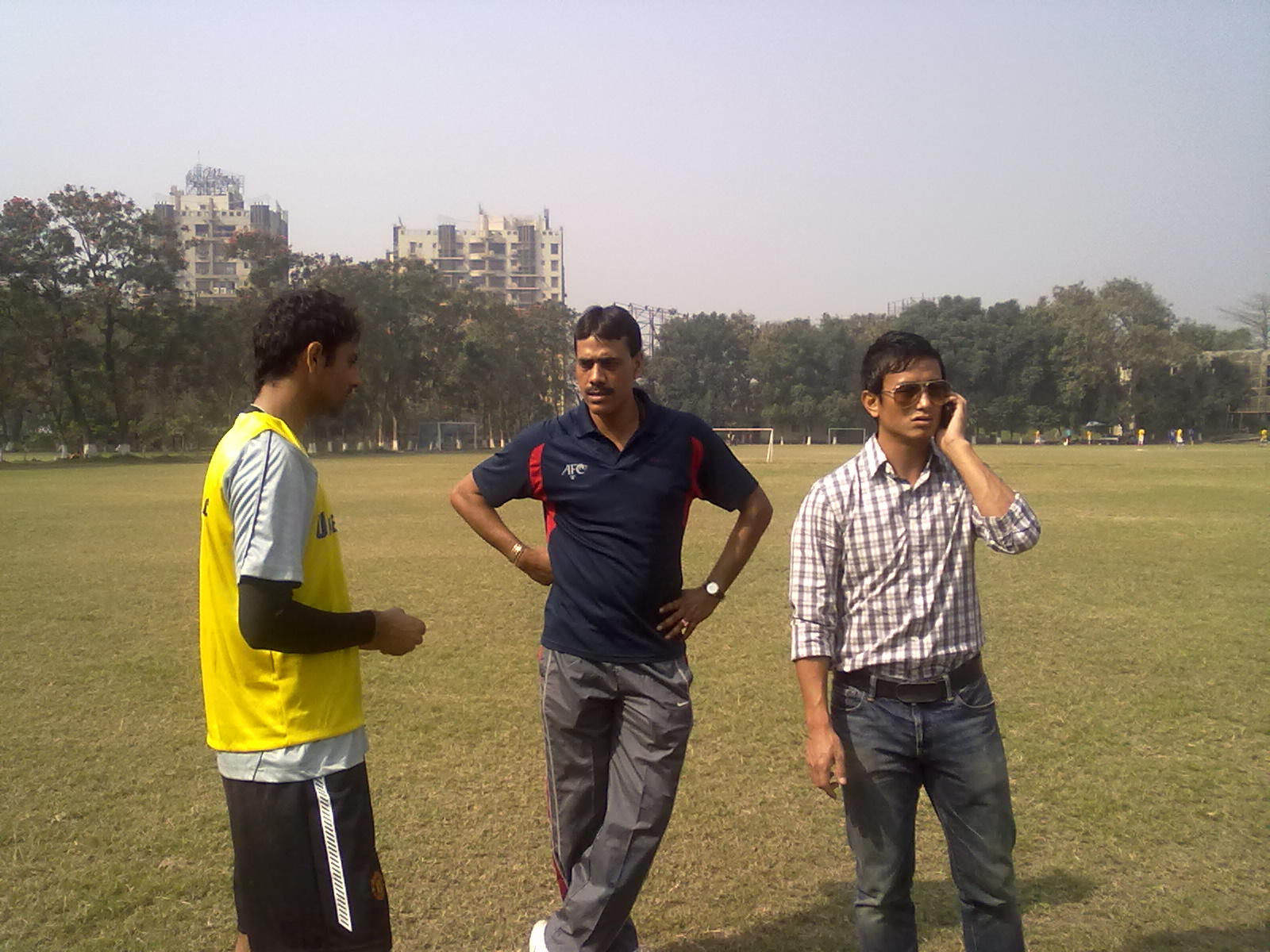 Bhaichung along with the United Sikkim FC senior manager Arjoon Rai checked out some plots on the outskirts of the capital city Gangtok and they will zero in on the land of their choice in a few weeks time.

I had the pleasure of meeting Bhaichung at Arjoon Rai’s residence on thursday evening.  Arjoon had called me up to his place and I was off in flash as it’s always exciting to meet Bhaichung or Agya as I call him. After I greeted Agya we started talking about the chances of United Sikkim FC qualifying for the I-League division one in its very first season. It might be recalled here United Sikkim FC is slated to play their first round qualifiers at Guwahati. When I pointed out to Bhaichung that there is a high possibility of United Sikkim FC qualifying, He said the campaign will be very tough and they are not taking any teams for granted.
Bhaichung also told me that keeping in with the professional set up of the Club, he is looking for an office premises in and around Gangtok and he has already got a few options. He is also planning to shift his base from Kolkata to Gangtok where United Sikkim FC will be located to give full attention to his beloved club . A town planner was also present with him during that meeting and they were discussing places to set up the Academy compound along with the Club office.
After a day I again met Bhaichung at a hotel in Gangtok when I arrived he was having a meeting with the town planner and few other businessmen from Sikkim. Further discussion was going on for the land which will be used to set up the Academy. After the meeting I greeted Bhaichung and wished him all the best for the upcoming second division I-League matches and then he was off  to catch a chopper for Bagdogra en-route to Kolkata.
If all the plans fall in place United Sikkim Football Club will definitely become one of the best clubs in the country  in the next few years and with no other than Bhaichung himself leading the way this does not seem impossible. For me it was a pleasant experience to meet Bhaichung the Club owner and I can’t wait for that day when United Sikkim FC will start playing their home matches at the Paljor Stadium in Gangtok.

Visit my blog at http://lateybhakundo.blogspot.com/