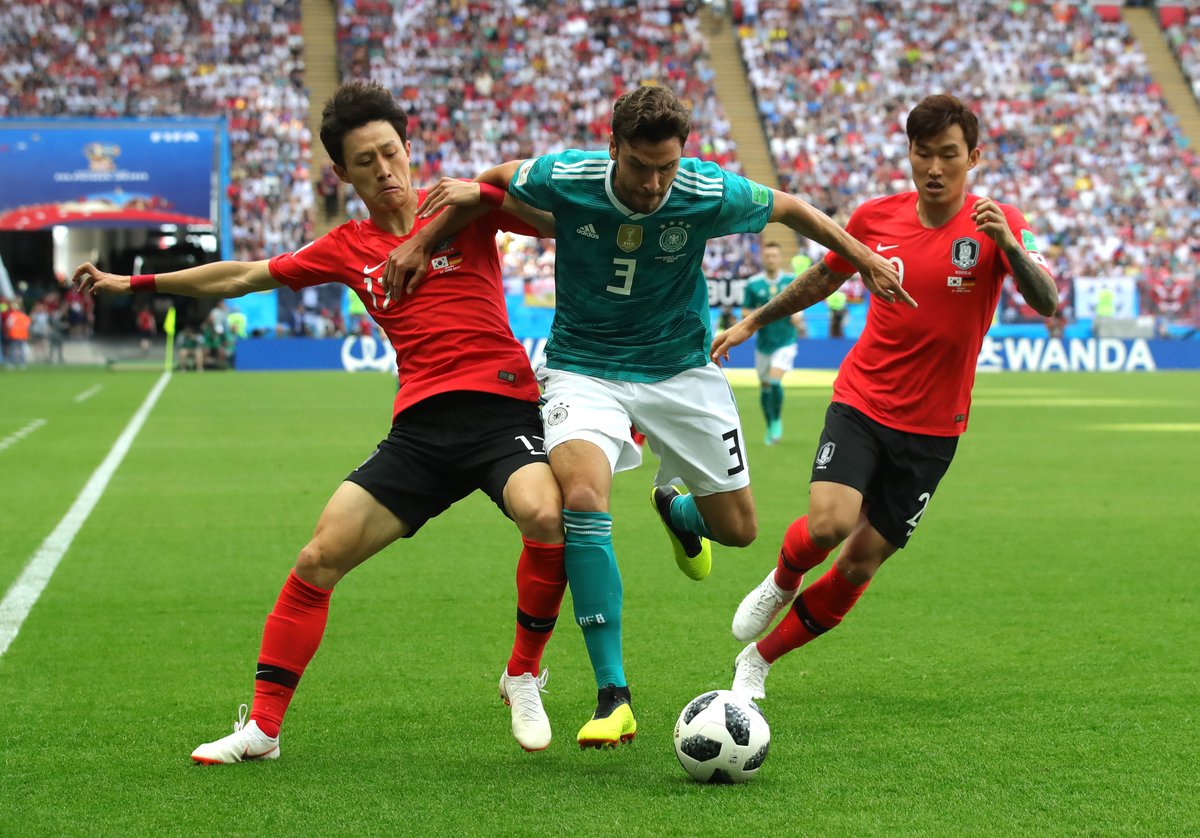 South Korea scored twice in stoppage time to win 2-0 over Germany and knock the defending chanouons out of the world cup. This is the thrid consecutive time that a defending champion in the WC has failed to reach the knockout stages.

Sweden scored thrice in the second half to win 3-0 over Mexico and finish the group as toppers. Defender Augustinnson opened the scoring in the 50th minute and caoagin Granqvist made it 2-0 from the spot before an own goal from Alvarez ended Mexico’s misery.