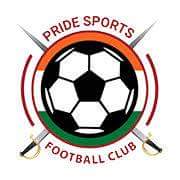 Paulo Pedro the head coach of I-League 2nd division club Pride Sports FC has written a letter to the AIFF regarding unpaid salaries and unsustainable condition of the club.
Pride Sports is an I-League 2nd division club based in Jabalpur and are currently placed at the bottom of the table in their group
The coach had written the following
General Secretary of AIFF,
Mr. Kushal Das
All India Football Federation,
Football House, Sector 19, Phase 1,
Dwarka, New Delhi: 110075
India
Dear General Secretary of AIFF,
Mr. Kushal Das
I am the Head Coach of Pride Sports FC of 2nd I-League, India, and i am requesting the best consideration of the AIFF and your help to try to solve the dramatic situation that we are passing through since the season started:
1. WAGES IN ARREARS
• Players with contract by match: They only received the payment for the first two matchs
• Players with contract: Players with monthly contract only received one month, or none, till now having several months in delay.
• Head Coach: Under contract since 15th August without receiving any payment till now
2. WORK CONDITIONS
• No proper grounds to practice, most of the times we are training in public grounds  (crowded and without proper surface for football, having already several players with physical problems due to that)
• Several practice sessions cancelled because no ground available or no money for transport
• Insuficient training equipement (most of the time we are working only with 4 or 5 ordinary balls)
• The Head Coach is working completly alone, without a single assistant or other supporting staff. Several times even without medical support (Physio)
3. ACCOMMODATIONS, MEALS AND OTHERS
• The club didn’t guarantee the basic meals for us: Not proper food for athlets or, several times not even any food.
• The club didn’t guarantee the basic hygienic conditions in the accommodations or proper accommodations: Besides innapropriate hygien, they are 3 players in one bed room
• The club is not even giving us the basic transport facilities: Most of the times we travelling 8 or 9 peoples in small cars.
In all our displacements to play away we faced countless problems:
1. HYDERABAD
• For the first match, in Hyderabad, we travelled in the night before the game. Players went to match without rest or even sleep properly
• Then, during the days that we were in Hyderabad not even equipement to train we had. We worked all week with 2 balls
2. BANGLORE
• To the second match, in Banglore we traveled by train for 36 hours without any food or water, or money to buy it
3. MUMBAI
• In Mumbai we stayed in a miserable hotel, without the minimal hygienic conditions in accommodations and without food or water since we arrived
• Several players played the match without any meal in the previous 24 hours.
• In last day they gave us 320 ruppees to eat all day.
• One of the players was 3 days seariously sick without any medical care and waiting for a ticket to go home, and, if his teammates do not refuse to go without someone stayed with him and took him to the airport he would be left sick and alone in the Hotel.
• Once again on the return travel to Jabalpur (18 hours by train) the club did not provided us any food, water or money to buy it.
Already in Jabalpur he continued without any food or money. All team was 3 days without any meal provided for the club.
Even when we are in our base city (Jabalpur) we face similar problems.
– 3 Players in one small room with a single bed
– No proper meals for a football team
– Insuficinet meals, and sometimes not even a single meal
– Tranports for practices are always innapropriate and sometimes we are forced to cancel it because there are no money to transport
– We are always working in public grounds without any conditions to the practice of football
This are only some of the most serious situations that we had to face till now, several others could be pointed here.
The situation is unsustainable and very serious and obviously do not comply the basic rules of the Respect of Human Rights, the rules of Club Licensing – 2nd Division I-League – India and the rules of FIFA and that’s why we are requesting the help of AIFF to solve this serious problem.
Signed by the Head Coach and all the Players of the Pride Sports FC.
This is just the 1st of many such letters and there are some more clubs from the 2nd Division with unpaid dues and their issue is expected to be brought to the Federations attention soon
The federation accept such teams without any due diligence and then leave the players to suffer