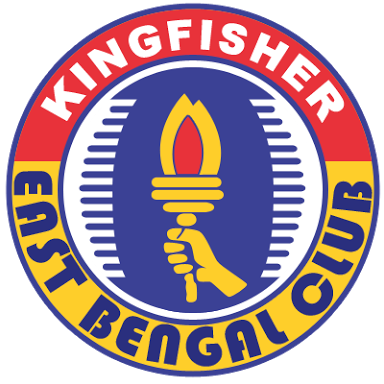 It was in 2003-04 that East Bengal managed to win theNational League (then known as the NFL) for the last time. Although they have had several successes, both national and international, later, the I-league has eluded them time and again. In the last three to four years, they have often come agonizingly close to lifting the trophy, only to falter in the final stages. The proverbial slip between the cup and the lip has added to the frustration of the club’s supporters, a frustration that has only increased when their next-day neighbours lifted the coveted trophy in 2014-2015 after a gap of twelve years.

In a desperate bid to achieve success this time, East Bengal have roped in one of  their most successful coaches in recent years, Trevor James Morgan.  Morgan has brought his own support staff, Warren Hackett of St. Lucia as his deputy and the British physio, Simon Maltby. New faces like Rowlin Borges, Semboi Haokip, Jackichand Singh, Romeo Fernandes, Semboi Haokip, Robin Gurung and David Lalrinmuana to inject fresh blood and reduce the average age of the players. The recruiters almost managed to pull off a coup of sorts when they signed Wedson Anselme from Bangladeshi club, Sk. Jamal Dhanmondi, seemingly an answer to the charismatic Sony Norde who plays for their city rivals. Ugandan international Ivan Bukenya has been roped in to provide stability to the defence. Joining Wedson in attack would be Trinidad and Tobago international Willis Plaza. The fourth foreigner, the one to fill up the Asian quota slot, is yet to be finalized.

Goalkeeper:  Goalkeeping blunders have often cost East Bengal in many crucial matches in the past. This time, it seems that there would be a toss-up between the veteran Subhasish Roy Chowdhury and the young T.P. Rehenesh for the first choice goalkeeper. While Subhasish is an experienced campaigner, plying his trade for several clubs for almost twelve years, it remains to be seen whether he has fully recovered from the injury which almost threatened to derail his career. Rehenesh, who has had two very good ISL seasons, would be giving him tough competition. Also in the fray are the ageing Louis Barreto and the two promising goalkeepers from Bengal, Dibyendu Sarkar and Avilash Paul 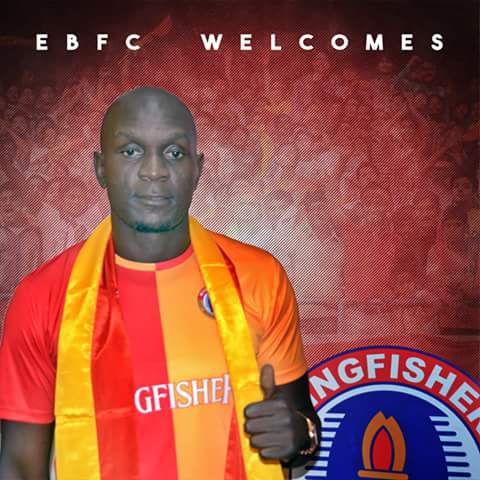 Defence has been the Achilles heel of East Bengal in the past two seasons and this time too, the scenario does not look promising.  The team was dealt a body blow just before the beginning of the league when their most dependable defender in recent times, Arnab Mondal sustained an injury in an ISL match and was ruled out for 5-6 weeks. Ivan Bukenya is yet to arrive and it is doubtful if he can gel with his teammates in such a short time. In such a case, Morgan would have to fall back on the defensive duo of Gurwinder Singh and Anwar Ali as the two central defenders, at least in the first couple of matches. Robin Gurung, who had an excellent season with Shillong Lajong in the past couple of years, is another option, as are the likes of Kaushik Sarkar and Babu Mondal. Rahul Bheke or Samad Ali Mallick could slot in the right back position. The left back position has been the weakest link in the defence over the years. Robert Lalthlamuana has become error-prone while Indian international Narayan Das has not yet lived up to his billing. The defence needs to click and click pretty quickly or east Bengal might well see their title aspirations crumbling apart.

MIDFIELD:  Midfield has been the forte of East Bengal over the years and this year, it has been further strengthened by the addition of exciting talents like Jackichand, Romeo, Rowlin and David. Mehtab Hossain, the old warhorse (if he is fit) or Rowlin Borges, his heir apparent at the club, would be starting in the central midfield position; partnering him possibly would be Lalrindika Ralte. Either of Jackichand or Romeo would operate on the right wings while the highly talented Abhinas Ruidas, who excelled in the ISL this season, is the most likely candidate to slot in the left. They are expected to keep the opposition busy with their darting runs and their incisive crosses. Other reinforcements in the midfield would include the ever-industrious Bikash Jairu, Cavin Lobo, David and Prohlad Roy.

It would be difficult to predict how the forward line would shape up this time. The club officials have repeated the same mistake of choosing their foreign strikers late. With the Asian quota player yet to be finalized and T and T striker Willis Plaza expected to arrive only two-three days only before the tournament begins, Wedson remains the only foreigner in the attack. Morgan is supposedly considering of beginning with PV Suhair and Wedson in attack in the first match, though the combination could change thereafter. It is likely that Wedson would play in the withdrawal role behind the two strikers later. However, the coach should be aware that too much chopping and changing might adversely affect the morale of the team.