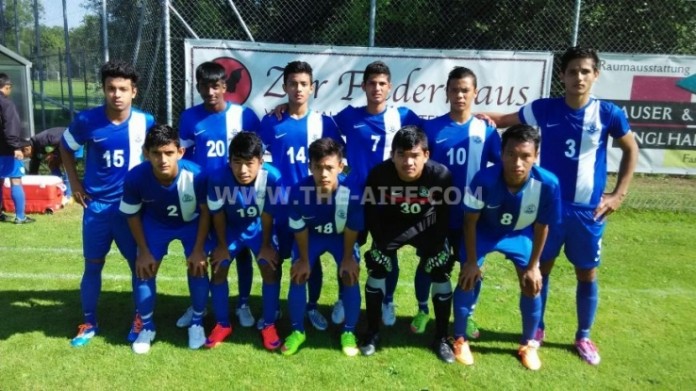 In an exclusive interview to the AIFF Media, the coach of FIFA World Cup bound India U17 team has reiterated that the team for 2017 FIFA World Cup, to be hosted by India has not been finalized yet.

We haven’t been to some States as of yet and I feel the pre-selection in other States can be done better.  I reiterate if it’s done better we can find more talented players. Nicolai Adam

According to him, his scouting network is still working on the ground, travelling throughout Indian states and the next phase of selection trials will be held in October.

The AIFF has been giving unprecedented exposure to the World Cup bound team, which is now playing friendly matches with quality German sides, with positive results. Yesterday they led against Eintracht Frankfurt by 1-0 before succumbing to a 3-1 defeat. Eintracht Frankfurt played 4 players from German National U16 team.

Nicolai Adam states that the vastness of Indian territory is an advantage but lack of infrastructure and lackadaisical attitude of many state football associations is hampring the talents that lay across the country.

I was able to make an analysis of the State Associations and have a pretty clear picture on as to who is dedicated for the development of Football and who isn’t. Nicolai Adam

India U16 team will be travelling to Tabriz, Iran this week to participate in the upcoming AFC U16 Championship 2016 Qualifiers. India will compete with Iran, Lebanon and Bahrain, although they have qualified for the finals by virtue of being the host nation. The AFC U16 Qualifiers matches are on 16th, 18th and 20th of September. Google ‘Indian Football Forum’ to know more.