FC Barcelona strongly relies on the products of their youth system and have never been timid about giving La Masia cadets a chance in their senior team. In some occasions, the prominence of La Masia players in senior team becomes surprisingly high for any top level club. In 2012, in a La Liga game against Levante, Barcelona had all their XI players from La Masia. Barcelona won the game with a dominant scoreline of 4-0. 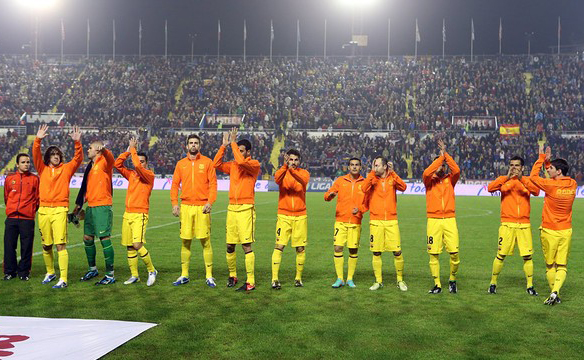 Presently, forty three of La Masia graduates play in Europe’s top five leagues. World-class footballers such as Lionel Messi, Carles Puyol, Xavi and Iniesta, are all products of the Catalan side’s youth system, who played a decisive role in the unprecedented collective success of FCB in recent years. Pep Guardiola, who promoted maximum number of youth players into the first team, was himself a La Masia graduate. Let’s have a look the players who are touted to carry forward the legacy of La Masia.

Munir El Haddadi, popularly known as Munir, has already featured for the FCB senior team in the last season. He has been working more closely with Luis Enrique and co. on a daily basis. Munir was born in San Lorenzo to Moroccan parents and has always, ironically, supported Real Madrid. For the Catalans, he helped FCB U-19 to win UEFA Youth league. In the final of the UEFA youth league, against Benfica U-19, Munir scored an amazing goal from his own half (embedded  below). He has been a regular for Barcelona B, and has already made his first team debut for Spain in 2014. Both Arsene Wenger and Jose Mourinho showed interest on Munir and tried to sign him but he decided to stay at Camp Nou. Munir will have to fight with Neymar, Suarez, Messi, Pedro and his batch mate Sandro Ramirez for a first team spot.

He is twenty and the first player from Canary Island to play for Barcelona senior team. He joined FC Barcelona’s youth setup in 2009 at the age of fourteen. He was also a regular for Barcelona B and was called for first team in August, 2014. He made his debut for Barcelona first team against Villareal, where he scored on his debut. He has already scored in UEFA champion’s league and in domestic cup. He is waiting for senior national team debut but has already represented Spain in all age group levels. A strongly built Sandro is surely going to add a new dimension to Barcelona’s attack.

As per the “HOMEGROWN CRITERIA” of English Premier League, a player is regarded as ‘club trained’ or ‘home-grown’ if they spent three years at a club between the ages of 15 and 21 (including the seasons in which the player celebrates his 15th and 21st birthday). But that means Cristiano Ronaldo and Wayne Rooney are Manchester United Products! Sergi Samper represents how a true home-grown player should be like. Born in 1995, Samper joined FC Barcelona’s youth setup in 2001 at an age of six. Samper was promoted to Barcelona B team in 2013 and became a regular. He made his first team debut in 2014 edition of  the UEFA champions league against APOEL FC. 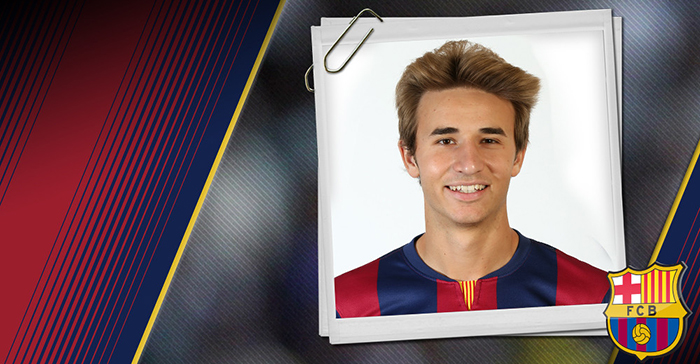 He has to fight with Sergio Busquets and Arda Turan to become a first team regular. He is also waiting for his senior national team debut. He was described as ‘Pep Guardiola adopted to modern times’. 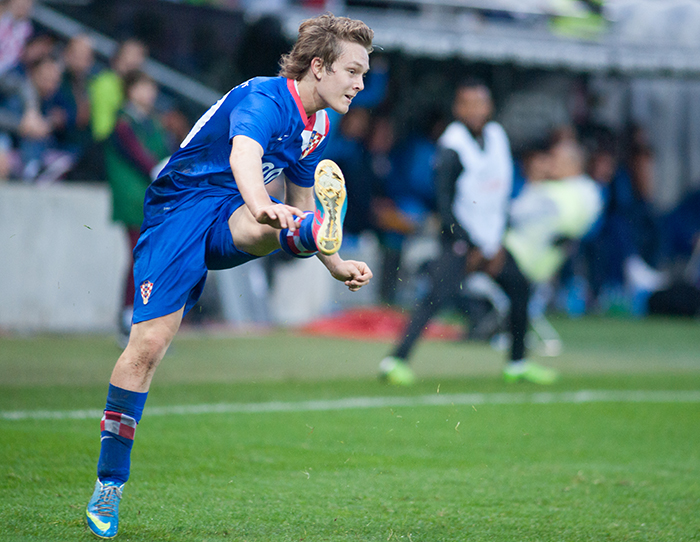 Born to a Bosnian father and a Croatian mother (similar to Zlatan Ibrahimovic), Halilovic joined Barcelona youth setup from Dinamo Zagreb. As a youngster, Halilovic already boasts a number of records. He became the youngest player in the history of Dinamo Zagreb to play in PRVA Liga and UEFA Champions league. He is also the second youngest player to feature in UEFA Champions league. He is teh youngest player to play for Croatia too. He is a regular for Barcelona B and made his debut in Copa Del Rey for Barcelona first team. Halilovic is an attacking midfielder. With Xavi ending his Barcelona career; Fabregas and Thiago Alacranta moving out and Iniesta in the twilight of his career; there is a great potential for Halilovic to fill the void and make a place in the hearts of every FC Barcelona fan.

Apart from these players, Adama Traore, Maxi Rolon and Lee Seung-woo have also shown ample potential and are waiting for their turn to establish themselves in the first team.

Recent declination as a cause of concern?

For last two years Barcelona B team has failed to live up to its reputation. Barcelona B team has been relegated to third tier of Spanish football after finishing at the bottom of the table, consisting of 22 teams. They could only manage to win nine out of 42 games and conceded 83 numbers of goals. One major reason for this is attributed to coach Eusebio Sacristan’s intention of changing the playing style. La Masia is known for its possession based  attacking style since days of legend Johan Cruyff. Eusebio tried to play counter attack based game with two defensive midfielders which was difficult to adopt for young stars, who have been trained in La Masia’s signature style. In July 2015, Barcelona management replaced appointed former player Gerard Lopez, after Eusebio’s contract was terminated in March.

Another alarming fact is that, after Sergio Busquets and Pedro Rodriguez, no home grown players have done anything significant to cement their position in the first team. Marc Bartra, Montoya, Sergi Roberto, Rafinha have all taken supportive roles instead of taking a leading role like their seniors. In the meantime, Barcelona have started spending on established players like their arch rival Real Madrid. They have paid hefty amount to sign Neymar, Luis Suarez, Arda Turan, Cladio Bravo in recent years to boost their squad. It is quite natural that every year a new Messi or Xavi will not pop out of La Masia. In modern football winning is everything and without that it is unlikely that Barcelona supporters would be happy to stick with their ‘cantera’ policy? But Barcelona’s achievements go beyond the number of trophies they won. Their impressive achievements with a beautiful possession based attacking football with a majority of La Masia based players has been admired all around the globe. So, Barcelona fans and football lovers are waiting for another golden generation from La Masia.