Click here to check out the part 2 of ATK squad and tactical analysis.

The defending champions has been one of most proactive franchise this season. They have suitably retained some great talent and signed some good foreigners. However, there have been some confusing introductions to say in modest terms. Lets have a look at the new signings. The rating is based on quality of signing with respect to amount paid and quality added to roaster.

1) Juan Calatayud (GK): A former La-liga player, seems to be very good signing on paper. On a careful look, it shows that he was at best a bench keeper at La-liga. His most consistent performance was in Segunda division for Hercules CF. In terms to the standard of Indian football, it seems to a great addition to the league and a great upgrade to last year keeper set of Apoula Edel and Subhasish Roychowdhury. A sure shot starter for the team and can be a great mentor for young Indian keeper duo for K. Bhutia and Amrinder Singh.

2) Amrinder Singh (GK): A great back-up keeper who qualifies both as Development player and  a regular. Has played Indian top flight football with Pune FC. An asute acquisition from the Kolkata franchisee. A bench player for this season but can play a critical role in case of injury to Juan or due to foreign player restrictions.

3) Kunzang Bhutia (GK): Another asute buy. Expect him to be on bench but it will a great opportunity for him to learn from a great player. His availability as development player might have played a key role during draft pick, but he will always be behind Amrinder in the pecking order.

4) Rino Anto (RB): An Indian international with a formidable top-flight Indian football behind him, with a solid season for Bengaluru FC, followed by a forgettable debut at international level. A tactical buy, but slightly over-priced. He might be also be unavailable during National team commitments. Nevertheless one expects him to be a sure shot starter when available.

5) Denzil Franco (RB): It was been a roller-coaster ride for Franco. His lead-up to ISL-season 1 was all in his favor, with decent performances even at International level. He was one of the Indian sparks at ISL-season 1. However, it has been a downhill journey for this player after the injury at the end of ISL-season 1. Lack of football for last few months can play a critical role in attaining his peak once again. Currently, his selection will all depend upon his quick recovery from injury and availability of Rino Anto. Expect a great contest at later end of season 2 between him and Rino for RB position.

6) Arnab Mandal (CB): Arnab has been retained after a good first season with ATK. A key 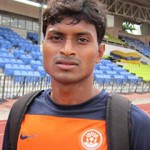 Indian International who lead the national team recently. His key role in first season and current form commands a starting position in ATK lineup. However, his availability during international commitments can be a issue for ATK and it will be interesting to see how the team copes up with his unavailability.

7) Augustin Fernandes (CB): A decent addition. Though Fernandes is regular at I-league, it is difficult to see him going ahead of Arnab or Josemi. A tactical addition in my opinion during the unavailability of Arnab. Nevertheless a good addition and competition for Arnab at reasonable price.

8) Josemi (CB): A sure shot starter based on the performance of the last year, who is expected to play a critical role this season too. Only roadblock being the issue with fitness due to his age and lack of any competitive football after last season.

9) Lalchhawnkima (CB): Although Lalchhawnkima does have Indian top-flight football experience with Royal Wahingdoh, he will always be behind Arnab or Augustin. However, he might get some play time for ATK during National team commitments of Arnab. ATK could have opted out either him or Augustin and should have gone for a good Indian Winger or Forward. Maybe Habas didn’t have complete confidence in Indian defenders and wants to try out few options before selecting his best team.

10) Tiri (LB): A 23year old left-back Atletico Madrid youngster, who has been regular in their B team. He can also play as Center Back. A good signing in my opinion. His availability for multiple position might provide him some game-time. Though, I don’t expect him to be starter due to maximum foreigner rule. Yet he might play crucial role during tactical transition to a defensive formation.

11) Nallappan Mohanraj(LB): A make or break season for him. I am perplexed with ATK regarding his retention. No way near to the quality of other good Indian left-back. I can’t compare with Tiri yet. But, would have reasonable more game time than Nabi (injury prone and ageing player) or Tiri (due foreign player restriction in playing 11).

12) Syed Rahim Nabi (LB): One the serious mistakes by ATK this season. Clearly one can see the hand of well known nexus lead by Bhaichung Bhutia (TD) behind his signing. A versatile player during his hey days, but now only a shadow of his glorious past. This, perhaps, would be a last good pay-cheque for him. It will be interesting to see what he brings to the team.

13) Borja (DM): A key player in season 1 and one could see him retaining the position. A La-liga regular for Eibar, one can’t expect a team without him. He alongwith Nato or Javi will form the central midfield for ATK this season.

14) Ofentse Nato (DM): Another sure shot starter for ATK based on performance and tactics of Habas. This Botswana international played for Mpumalanga Black Aces FC in South African top tier club football, where he could garner only a handful of game.

15) Javi Lara (CM): A La-Liga regular (Eibar) who played along with Borja in the midfield. Their (Javi and Borja) partnership might be the spine of this season’s ATK team. A strong competition is expected between him, Borja and Nato for the two central midfield position. Expect him and Borja to start before Nato.

16) Sameehg Doutie (RW): Even with Baljit’s effort, the right wing position was a weakness for ATK last season. Habas has been quick to add a good player in the ranks in form of Doutie. A regular top-flight player in South Africa (Bidvest Wits), predominantly a right winger but can play in Central Midfield or as inverted Left winger. He will add a much needed speed to the otherwise slow ATK team, as seen in the last season. He may or may not be a sure shot starter but he will play a critical role for ATK as substitute.

17) Jamie Gavilan (LW): A thoughtful addition to the team. Again, he may or may not be a starter but would be crucial as a substitute for sure. A former La Liga regular until recently, his experience can help ATK a lot this season.

18) Valdo (LW): Another experienced midfielder in the team with loads of La-liga experience. His age (34) might be a bit of a let-down for ATK fans, but his experience would be of great help to Indian players.

19) Arata Izumi (AM): A poor decision to buy him at an exorbitant price. He is a player clearly on the decline. This might be his last big fat pay-cheque. His selection by Habas have surprised many. A former Indian international and regular I-league player for Pune FC, Arata can play in attacking or central midfield, which clearly seems a weak point for ATK.

20) Jewel Raja (CM/AM): Another former Indian international, who has not done anything notable in recent past, has been a ordinary player in recent times. However, out of all the signings under the guidance of Bhaichung Bhutia (TD), this seems to the reasonable one. But even then, he doesn’t seem to be upto the mark with respect to other Indians selected by Habas. It will be interesting to see whom Habas picks – Jewel or Izumi in starting eleven.

21) Clifford Miranda (LW): Clifford used to be one of the key player for national team with a very good set pieces capabilities. He is not at his best any more, however, due to the restriction in the number of foreign players in playing eleven, he might get some game-time. Quality wise he is, at best, a bench player in the squad full of good Spanish wingers.

22) Baljit Sahni (RW/FW): A reasonably decent player who has been unsurprisingly retained for the second season. In the first season, he displayed his ability to create havoc on the right flank with his speed. However, he needs to improve his positioning and finishing to be more effective. His lack of game time with East Bengal this season can be considered as a negative. In all, a good player.

23) Iain Hume (FW): A very good improvement from Fikru, who spearheaded ATK last season. Apart from his ability to score goals, Hume’s movement was always been a concern for opponents. A thoughtful addition to the team. His addition indicates Habas is trying to built much swifter team this time around.

24) Nadong Bhutia (RW): One of most ridiculous signing by ATK. A Bhaichung Bhutia backed signing written all over it and this will do more harm than good. He is well below other Indian players in pecking order and will be surprised to see him having any considerable game time.

25) Sushil Kumar Singh (FW): The signing of this player is a direct indication of well renowned nexus that is prevailing in the country. It is really surprising to see him being signed by an ISL team as he has not contributed substantially to the I-league or ISL in last few years.

26) Hélder Postiga (FW): A stellar marquee in terms of popularity who could turn out to be the best modern player to play in ISL. A Portugal international who played along with Cristiano Ronaldo in 2014 World Cup final and qualifiers. One can expect him be one of the top scorer for this season.

ATK and Habas did a good job with having two or more good quality players for each position. However, they should have gone for likes of Vineeth or Brandon, instead of Izumi in draft while saving some money in the process.

Strength: Attack, Central Midfield and Goal Keeping. Habbas did a great job in creating good backbone for the team in terms of Calatayud, Josemi, Javi Lara, Nato, Borja and Positga.

a) Left back – Though Mohanraj is a decent player, but in comparison to other positions, a lot more was desired. Expect Tiri to play whenever ATK needs to defend by sacrificing one of the other foreign recruits by an Indian player.
b) Another weak position being attacking midfield which was held by Garcia last season. But, creativity of Javi Lara and lethality of Positga might help to hide the weakness of the Indian AMs in form of Raja/Izumi.

A considerable balanced team with a very good bench strength. In my opinion they will reaching the knock-out stages and with a great chance to defend the league.