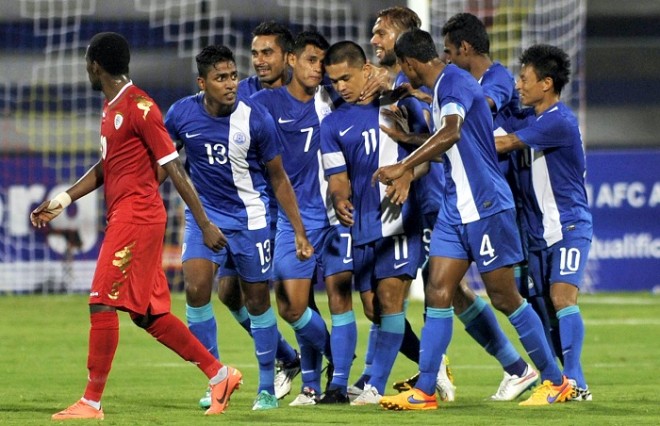 The author is actively involved with Indian Football but has decided to remain anonymous. IFN does not subscribe or endorse to any of his personal views.

With the 2-1 defeat against Guam, Indian football team has hit a new nadir, and already the knee jerk reactions have reached new heights. Sample these:

Let us try to zoom-in on these issues, focusing on the most obvious, and then moving on to the peripheral factors:

Stephen Constantine arrived with a lot of positive wind behind his sails, possibly due to some astute political maneuverings by AIFF Technical Committee member Bhaichung Bhutia. The hiring of a lot of ex-players such as Abhishek Yadav, Noel Wilson, Shanmugam Venkatesh etc. (interestingly, all members of the conflicted FPAI & Football Edge nexus!) hints towards a clever ‘quid pro quo’ gesture by Constantine. Not only would it enable glowing tributes from former players, it would also insulate him from any detractors and naysayers in the AIFF; as after all he wasn’t their first choice, nor even in the top 3!!

The AIFF already has an expensively laid out Master Plan in LAKSHYA 2022, and have Scott O’Donell to execute the long term visions of Indian Youth Development. Now in walks Stephen Constantine who has had no contact with Indian football for almost a decade, and decides Scott O’Donnel “can’t direct traffic, let alone a Indian Football ”!

Given his journeyman reputation and his situation at Rwanda, where he hadn’t been paid properly for the last 3 months of his tenure, the AIFF could certainly have brought him in as a budget option with a performance related bonus built in (instead of more than doubling his current pay). This could have been a way to protect against the previous policy of expecting better performance just by paying exorbitant salaries to the likes of Wim Koevermans, Rob Baan, Arthur Papas and Colm Toal. Instead the powers that be decided, he warranted a salary in excess of 1.5 Crores a year, for a job that could potentially have been to just play friendlies for the next few years!

A slender victory over Nepal followed by a goalless draw against them in Nepal might be an improvement from the days of Koevermans, but the early signs of the problems were all too evident for those who know Indian football.

Here was a English coach that arrived with a know-it-all arrogance that has preceded others of his ilk. He was going to play 4-4-2 or 4-4-1-1 and out with “this rubbish 4-3-3 / tiki-taka nonsense that these Dutch coaches are trying to preach”.