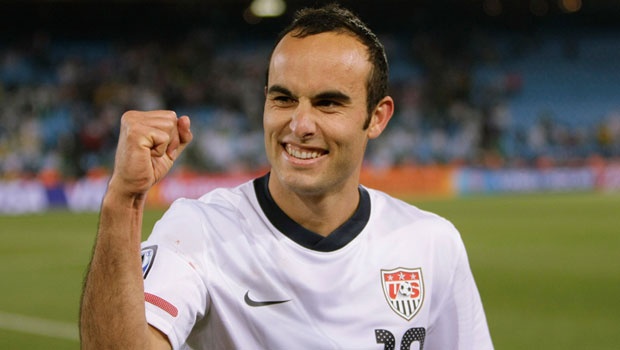 It has been revealed that ISL champions Atletico de Kolkata (ATK) are likely to sign former USA captain and retired footballer Landon Donovan as their marquee player and not Didier Drogba as was rumoured before.

The Kolkata side has spent a lot in the draft and auctions and are left with less then a million USD in their kitty which is not enough to fetch them a Drogba. The 33 year old Donovan has retired from the game last year and last played for the MLS side LA Galaxy in 2014 while also plying his trade with Everton and Bayern Munich on loan stints.

The deadline to declare marquee player is 31st July and ATK have finally zeroed in on the talented and well travelled American. Product of the IMG Academy, Donovan has represented his national side USA in 157 games, scoring 57 times. He has also appeared for MLS side LA Galaxy in a record 247 matches while finding the net on 112 occasions.

Donovan would be a great buy for Atletico de Kolkata considering Delhi Dynamos FC have relied on 42 years young Roberto Carlos, who had retired from football 3 years ago, to fetch them the ISL title.