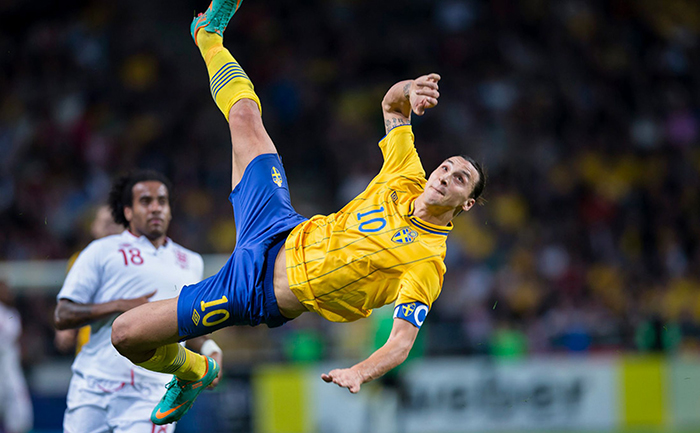 One of the best strikers in World Football and perhaps, one of the most entertaining footballers in Europe – Swedish skipper Zlatan Ibrahimovic will undoubtedly be the biggest miss of the FIFA World Cup 2014. The 32 year-old Paris St.Germain striker netted 41 goals and assisted another 18 in his last season in which he appeared 45 times. The free-scoring Swede lost out in a battle against Cristiano Ronaldo’s Portugal in the play-offs. Zlatan will be a huge miss in Brazil.

25 year-old Polish centre forward Robert Lewandoski who moved to Bayern Munich from Borussia Dortmund after the close of the last season of a free transfer will be another player who will miss out on the World Cup. Poland finished 3rd in a group comprising of England and Ukraine, thus, losing out on their chance to make it to Brazil. The Bundesliga Golden Boot winner will not be able to enthral his fans this summer 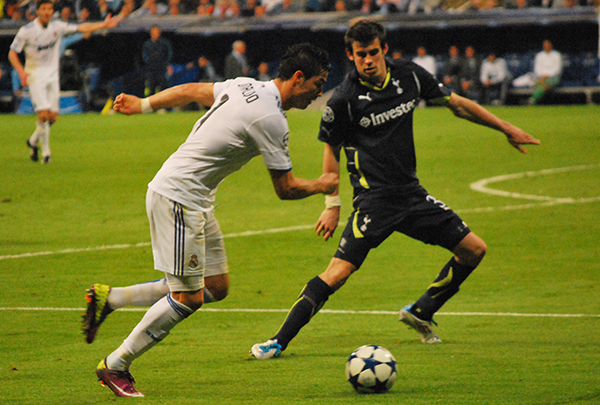 The World Most Expensive Player – Gareth Bale of Real Madrid will be another high-profile name who misses out on the carnival in Brazil. The Welshman couldn’t inspire his nation through World Cup qualifying and hence, will be watching the World Cup in his living room. Gareth Bale’s Pace and Power excited many a fan in the La Liga, fans in Brazil will miss out on the former Spurs winger’s breath-taking runs in Brazil.

23 year-old Arsenal playmaker Aaron Ramsey is another Welshman who will be missed at the World Cup this summer. Despite having missed out huge chunks of last season due to injury, Aaron Ramsey was the driving force behind the Gunners’ campaign last season. With 16 goals and 10 assists from midfield, Aaron Ramsey was one of the most prolific midfielders in Europe; too bad he won’t be on show in Brazil.

Former Manchester United captain Nemanja Vidic is another one of the big names who will not be at the World Cup. The Serbian centre-back was unable to oversee a successful qualifying as the Serbian national team finished third in a Group comprising of Belgium, Croatia and Wales. Having sealed his move to Inter Milan from Manchester United, Vidic will look to prepare himself for life in Serie A during the World Cup.

30 year-old Serbian versatile defender, Branislav Ivanovic will join his compatriot Nemanja Vidic as Serbia failed to qualify for the World Cup. The Chelsea defender is regarded as one of the most complete defenders in the European game. At the age of 30, Ivanovic will look to to do everything he can to make sure that his Serbian side qualify for Russia 2018. 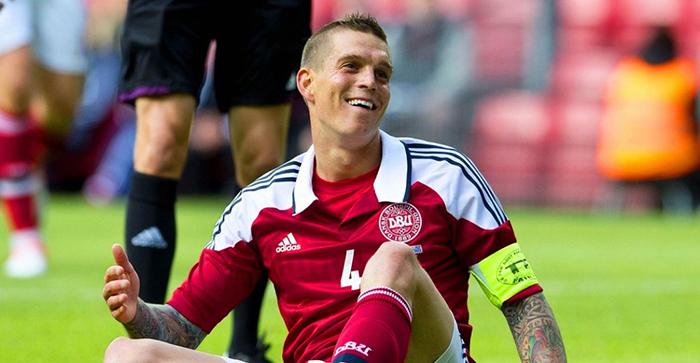 Danish skipper Daniel Agger will be another well-known player missing out on the World Cup. The Liverpool centre-back couldn’t see his national side through qualifying as they were placed in a group with Italy, Poland and Czech Republic. The left-footed central defender still has age on his side and will hope his nation can do better in the Qualifying for the next World Cup.

Ukranian playmaker Yevhen Konoplyanka inspired his side all through qualifying until the first leg of play-offs where the east European team set one foot in Brazil, only for an inspired second leg defeat at the hands of France in France. The highly-rated Konoplyanka was all set to join Premier League side Liverpool until last minute complications ended his move to England. The talented 24 year-old harbours the hope of a nation and will look to repay them next time.

Another Ukranian wing-wizard – Andriy Yarmolenko would have loved to show off his skills in Brazil this summer. Dynamov Kiev’s 24 year-old winger operates in tandem with Konoplyanka for the national side and together the duo comprehensively beat France in the first leg of qualifying before catastrophe struck them. The tall and lanky left footed winger is very unconventional for a tall footballer – very comfortable on the ball and lots of tricks accompanied with clever bursts of pace; Yarmolenko would love the World to take notice of him in Brazil had Ukraine qualified.

25 year-old Pierre-Emerick Aubameyang is one of the fastest football players on the planet. However, the Borussia Dortmund striker will not be playing at the World Cup in Brazil as his nation Gabon failed to qualify for Brazil 2014. Born in France Aubameyang has scored 11 times for Gabon in 31 appearances. The speedy AC Milan youth product will be missed in Brazil.