Massive underdogs Iran face African champions Nigeria in their Group F which would also have World Cup contenders Argentina and newcomers Bosnia and Herzegovina in it. Iranians have not beaten Nigeria before, and their last match was won 1-0 by Nigeria in 1998. The match would be strongly fought to say the least, but going by the experience of the players and comparatively better quality in the squad, Nigeria enter the game as slight favorites. 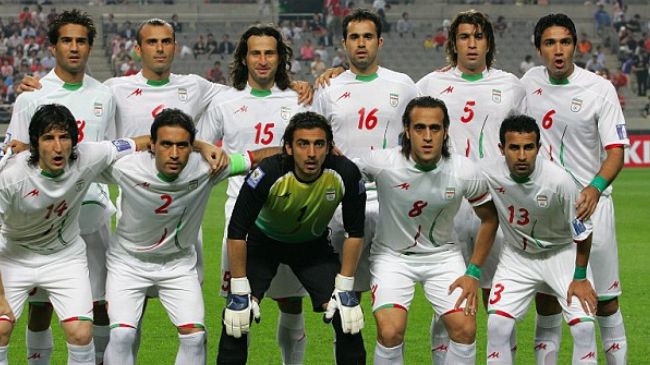 Iran is coached by former Real Madrid and Portugal manager Carlos Queiroz who has a lot in his mind to propel his underdog team. The team’s preparation has been unorganised in comparison to other teams participating in the competition as they have not faced as many friendlies as much as they would have liked. Queiroz would atleast have the luxury of selecting his team from a full squad with no injury worries as Iran would look to cause some upsets.

Iran and Nigeria both have to end their World Cup winless streak of 16 years when they would meet each other. Iran would depend on Charlton Athletic striker Reza Ghoochannejhad and Fulham attacking midfielder Ashkan Dejagah for attacking impetus. Manager Queiroz was the one who did a commendable job of convincing these two players to play for the country of their birth rather than opting for Netherlands and Germany respectively.

Ghoochannejhad has great pace and awareness, and would clearly play the role of a target man. With 10 goals in 14 appearances for Iran, the forward would be hoping to cause trouble to the Nigerian defence. Dejagah must have had a miserable campaign with Fulham, but with his country, he is expected to be bossing the attack along with the strikers. 33 year old Captain Javad Nekounam would also be a key figure for the team. His experience would be invaluable and he would be expected to run the game from a deep position. Much of Iran’s playmaking would be done by the skipper, who may as well be playing his last World Cup. Iran would mostly play a 4-3-3 with him in the deep central position.

Coach Stephen Keshi has a good team with him which he needs to propel to the next round. They have to deal with the injury concern to two players Elderson Echiejile and Ahmed Musa. The Monaco left back got injured during the friendlies as he hurt his hamstring while Ahmed Musa, CSKA Moscow winger would be a doubt as he recovers from a thigh strain.

Key players would include Chelsea duo John Obi Mikel and Victor Moses along with their striker Emmanuel Emenike who plies his trade with Fenerbahce. Mikel would be playing a more advanced role behind the striker than what he plays in Chelsea. His passing and vision would be very important for the likes of Moses and Emenike who can make runs off the ball as and when required. Young star Kenneth Omeruo, who is a Chelsea player on loan would look to impress his parent club by putting in solid display and getting noticed in the eyes of the manager. Also defensive stalwart Joseph Yobo, who has 97 caps for his country would be a very important player for the nation’s success.

Nigeria would mostly play a 4-3-3 with a strong and organised team. Nigerians have been a powerhouse for African football and have underachieved in the international stage after beating Argentina in the Olympics long ago. In Captain Vincent Enyeama, they have one of the most experienced goalkeepers in the tournament with the Lille man expected to lead the line from the back. Star winger Peter Odemwingie has been in great form for the Nigerians and in the Premier League and can be important for the Super Eagles.

Nigerians would make full use of the strength they would have in their experienced line up and would like to produce some flair that they have missed in many tournaments. Iran may be weaker than most teams, but their resolve can be heavily tested by Quieroz’s men as the Africans would look to dominate them.

Nigeria is stronger in terms of experience in top leagues and has a bit more quality in their line-up in comparison to the relatively untested Iranians. They would be expected to edge past the Asians, yet the game is expected to be closely fought.