England football team is always a hyped one in world football as it is the host of the most popular league in the world, the Barclays Premier League and it also harbours one of the cruelest and sometimes the most illogical media amongst the major footballing countries. With immense pressure and expectations on a relatively new look England, the team would once again be under worldwide viewership and of course, the pressure. There was once a time when the nation would boast of stars like Lampard, Gerrard, Scholes, Beckham, Terry, Campbell, Owen etc. in their prime footballing years and the pressure put on them was understandable, and yet the team has generally succumbed to the pressure of expectations time and again.

This time around, a lot has changed. England don’t have the world class star power of most other rivals. Plus, they are drawn in an elite group of death with the likes of Italy and Uruguay in the same group. England will be led by veteran Captain Steven Gerrard and Vice-captain Frank Lampard, with their main talisman Rooney expected to lift England all the way. But the rest of the team looks relatively inexperienced when we consider international and Champions League exposure. With one of the top teams in England, Manchester United, enduring a disastrous campaign, many of the Red Devils’ English players have been finally axed after continuous poor international performances. 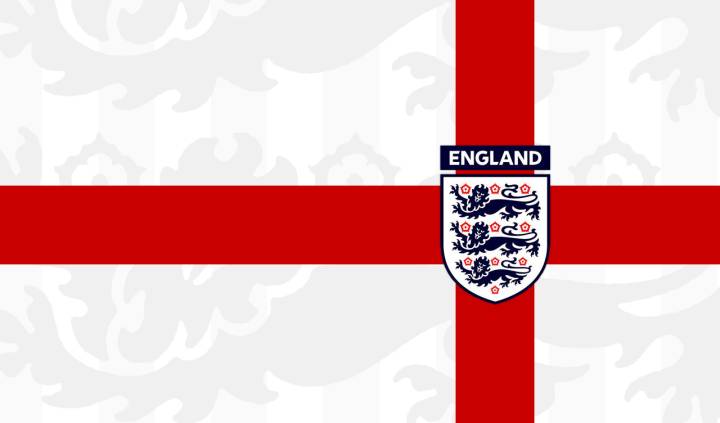 New Look England involves young blood like Ross Barkley and Raheem Sterling, who have played exceptional roles for their respective Merseyside clubs. The rise of Jordan Henderson has led to Man United’s Michael Carrick and Tom Cleverley being omitted from the team. With John Terry officially retiring from International Football, England are bereft one of their best central defenders who has performed exceptionally well for Chelsea this season. But they do have Gary Cahill who has been marshalled by Terry into perfect defending, as well as a capable partner in Everton Captain Phil Jagielka. Southampton has contributed to three players, their captain Adam Lallana, striker Rickie Lambert who has joined Liverpool and their star left back, young Luke Shaw. What we are seeing here is that the general trend of England team’s selection has changed. There haven’t been selections which are limited to only the top 4 or 5 clubs in the league. Players have finally been selected based on form, young enthusiasm as well as experimentation. England are moving towards an era where they are looking towards the development of their own national players, as ironically there are only two England Internationals in Premier League winners Manchester City. With stars like Gerrard and Lampard definitely playing their last World Cup, England would be left wanting for replacements in those positions and till now, especially as players like Barkley, Cleverley and Wilshere popped up, but with high inconsistency or lack of form or being untested.

The recently concluded friendlies showed that the team is still struggling to get together. With a scrappy 3-0 win against Peru, things looked unsure for England as the goals came from moments of spark in forward Daniel Sturridge and centre backs Gary Cahill and Phil Jagielka who scored by attacking set-piece situations. Following this match, England played out a 2-2 draw against Ecuador and an even tamer 0-0 draw against 10-men Honduras. The team’s performances are not instilling enough confidence in its huge fan base all over the world. Talisman Rooney has been particularly below his usual standards as he has been struggling to get along with his strike partners Daniel Sturridge and Rickie Lambert. Roy Hodgson even made Rooney play wide left in order to get the best out of him, but 4 days before the World Cup, one would not have thought of rotating the position of the best player in the team.

Already, the England team is low on confidence. With the team having players from various clubs, many who haven’t played much for the national team and play with different tempo, England team does not look like it has had enough time together. With the core of the team being from Liverpool with players like Gerrard, Henderson, Sturridge, Sterling and Johnson, the game most fans would expect would be the attractive fast tempo football displayed by the Reds last season when they finished second. The only thing that Liverpool lacked was solidity in the defence which is now easily provided with the likes of Gary Cahill and Phil Jagielka. So one wonders, when we watch England play, “Why is their game so slow?”

England will have to build on team chemistry now. Players would need to understand each other’s’ style and tempo. Few examples can be easily seen, on how the England team’s style can be totally different for some players with different club styles. Gary Cahill, one of England’s most important player in this world cup has enjoyed strong success under Jose Mourinho in Chelsea along with his Captain and mentor John Terry. But Chelsea play a different type of game. Mourinho wants Cahill and Terry to organise the back four and play safe passes to defensive midfielders while they hardly need to contribute anything offensive unless it is a set-piece. In England however, Hodgson wants the centre backs to start plays from the back, which means more often than not, Cahill and Jagielka have to rotate between sweeper-defending and stopper-defending. As past few experiences have shown, Gary Cahill is pretty ordinary in an England shirt as compared to his invaluable performances at one of the top English clubs.

Adam Lallana is another example. The Southampton star runs the game for the Saints in the attacking midfield in any position, be it wide or in the centre. But in England, he is more of an out and out wide player, whose main job is to beat fullbacks and cut back for one of the two forwards England always deploy. While being good in patches, Lallana looks set to warm the bench in the marquee event of his career. Daniel Sturridge, who has had a wonderful partnership with Luis Suarez in his club just seems to have realised that Wayne Rooney isn’t Suarez. With two days to go for the world cup, will these players establish stability in the team? 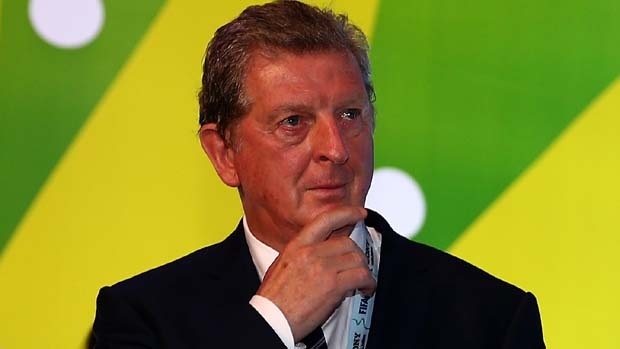 The manager must realise that the whole is better than the sum of its parts. Despite being among the weaker teams in comparison to previous England teams, England do have big players at their disposal and have to make full use of them. Players like Gerrard, Lampard and Rooney have always been together and so have newer players like Wilshere and Oxlade-Chamberlain. Hodgson will need to figure out ways to establish an identity of football in the team. Will they play like Liverpool or like old-school Manchester United or solid counter attacking football like Chelsea does?

One basic fact when the team plays a 4-4-2 is that the onus is on the strikers and the organised build-up of the team. As it is very obvious from the friendlies, England have been far from organised in their build-up. Liverpool have flair players like Coutinho and Suarez who make use of the freedom on the pitch to full effect. England players are more functional than flair ones, which poses as a problem while executing the Liverpool style of football as players don’t understand the game and cause anarchy on the pitch. Yet, England do have a handful of players capable of showcasing flair on the pitch with the likes of Barkley and Sterling stepping up just in case England do decide to play a fast tempo.

When the world cup will start, one thing is for sure, England Captain Steven Gerrard will be the most important player for all the games they play. The team depends on his ability and his experience. He is one of the world’s most coveted and loyal footballers and has made Liverpool a strong united by getting the best out Sturridge and Suarez. His new deep lying role would mean that he too would have to step up his performances and get the team going. With many of his club colleagues playing along with him, he would need to make the team play according to their strengths as the main play-maker and more importantly, as a leader from the back.

Finally, as we all know, England have made attempts to improve their National squad and build their team based on fair selections of players. No longer do we see terribly inconsistent Tom Cleverley and Ashley Young making the team, but we have Barkley, Lambert and Lallana instead. With the new look to the team, the positives are there to be seen as England will surely know that they have not left a stone unturned in terms of hard work and selections.