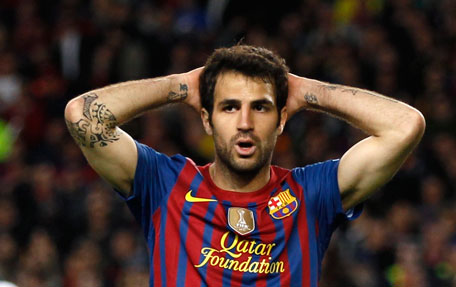 Former Arsenal star and skipper, Spain International midfielder, Cesc Fabregas is being heavily courted by Chelsea who want to price away the star who is obviously unwanted at Barcelona.

Many fans were confused about the move Chelsea are planning with Cesc, especially as Chelsea have always used the 4-2-3-1 formation and Cesc is not much of a defensive midfielder to play in the pivot despite carrying out his fair share of defensive responsibilities when he was in the Premier League with Arsenal.

The whole agenda with this transfer seems to be the case of a rebuilding of the formation. Cesc would fit perfectly in a three man midfield, with Matic and Oscar. The recently concluded season saw Chelsea players working very hard defensively with the likes of Oscar and Willian among the standout box-to-box performers. So playing Cesc in a deep position, after three years at a club where he played forward, can be compensated by the hardworking Chelsea team.

There has been much talk about the lay out of the team and whether Jose Mourinho will bend his ideas to suit Cesc Fabregas in Chelsea. First of all, Mourinho does not need to bend his ideology. Cesc Fabregas has proved himself in the English Premier League and has already admitted that he likes to play in areas if the pitch where the play is more nervous, that is attacking midfield. What Mourinho sees is an opportunity to buy a player who has played in central roles before and has succeeded but is technically a play-making attacking midfielder. Playing Fabregas in the pivot will effectively mean that he would be really shielded by Matic who is well known to do his defensive duties to his best capabilities while Oscar, would press opponents down in the attacking third.

Oscar, unlike Mata is not a supporting striker type of play-maker. He likes to play a little deeper to collect passes or win possession. So a 4-2-3-1 would also convert easily to a 4-3-3. If Fabregas has players running for him, his natural instinct would be to find them with an accurate through pass. Everyone who followed him in Arsenal knows that. But in Barcelona, the philosophy was different. A through ball was to be executed in the final stage when probably Messi or Pedro or Neymar were on the run near the penalty box. Possession was always the key in their game and the risk of a through pass, which can squander possession was just too much for Barcelona players. Fabregas has always been a great passer, but he likes the Premier League and the pace of it. He has to control himself while playing for Barcelona or play as one of the attacking players who would be controlled by Iniesta or Xavi. 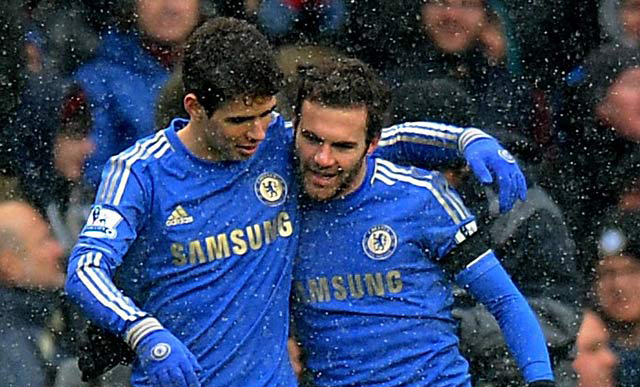 In Chelsea, Fabregas would be the one dictating play. He would be like Juan Mata, but in the midfield and not in advanced areas all the time. Mata was the one who would carry on with the attacking play but would not fall back, making the formation of the team more like 4-4-2, but with Cesc, we have a player who has a normal work-rate for a midfielder which means he would stay in midfield areas. Arsene Wenger did a great job in making Cesc one of the best all action midfielders in the Premier League, also with a lot of Versatility.

In crucial matches, we would also see Fabregas playing in more advanced areas probably where Oscar would have played, which means he gives a good rotating option for Mourinho. The final verdict on a player who can be the next playmaker for the club, would be that he would be a great purchase for the Blues. They would be adding a proven Premier League performer who is versatile and has decent work rate and is technically gifted as well. And as for the most asked question about work-rate, the only conclusion can be that almost Chelsea’s entire current crop of players loves defending. So will he be playing in the pivot? Well, only time and Jose Mourinho will tell.