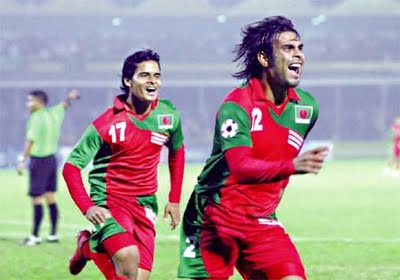 The Bangladesh football federation has announced a preliminary squad consisting of 28 members fro the football friendly against India to be played at the Jawaharlal Nehru Stadium, Fatorda, Goa on 5th March 2014.

The players have assembled and started training at the Bangladesh Football House premises since yesterday. The match is likely to be telecast live on Ten Action, kick-off is at 6 PM IST.

The Bangladesh pre-squad consists of the following players: