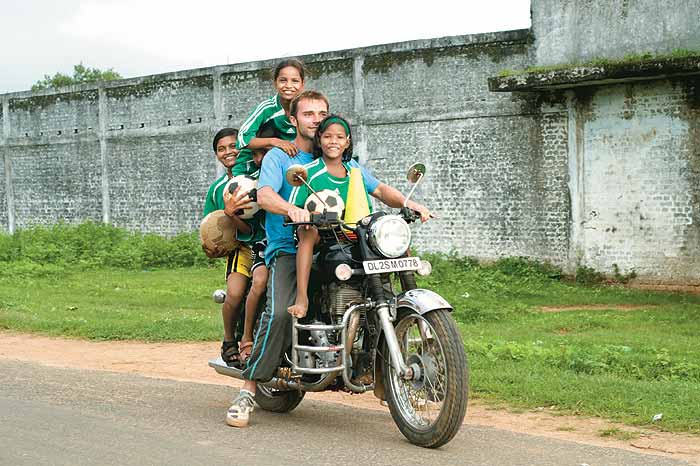 The tribal girls from Jharkhand (YUWA) who kicked their way to Spain and grabbed the 3rd place in the Gasteiz Cup winning 6 matches have now been invited to the AIFF House in New Delhi by Mr. Praful Patel, the president of the AIFF.

The U14 girls will not only meet Mr. Patel but will also get a chance to get selected for the Indian team in different age groups. The girls are trained by Franz Gastler who runs the NGO called YUWA that works for the upliftment of girls and women in tribal areas through the game of football.

The girls who had to ride second class in a train to Ranch from Kolkata after coming back from Spain are finally getting their due recognition after being highlighted bt TheHardTackle.com and later picked up by national media, including Times Now.

After 2 weeks in spain, back in india. Taking an overnight train general class from calcutta to ranchi.