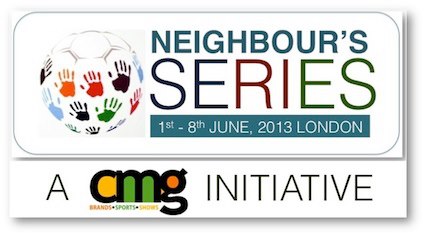 The tri-series between India, Pakistan and Bangladesh scheduled in Fulham’s Craven Cottage has been cancelled.

CMG, who were organizing this tour, have cancelled the tour because of ‘unforeseen reasons’.

However, according to IANS,

“Sources in the AIFF said that the cash crunch owing to the chit fund scam in West Bengal forced the organizers to put off the tournament.”

It was further said that,

“CMG, in a letter, has informed us that it was forced to postpone the tournament owing to unforeseen reasons. The tour was also being sponsored by Rose Valley and since the chit fund companies are under government scanner, we think CMG could not raise money for the tournament.”

A series of matches between India and Pakistan in England were also planned in 2011, which were later cancelled.