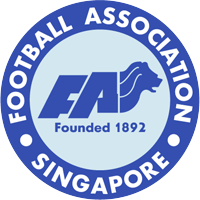 The Football Association of Singapore (FAS) has named the Singapore squad for the International Friendly against India, scheduled on Tuesday, 16th October 2012.

The squad boasts 15 players from LIONSXII, who finished their debut Malaysian Super League season as runners-up, together with 9 players from various S.League clubs such as Balestier Khalsa FC, Tampines Rovers FC, Home United FC, Courts Young Lions FC and Singapore Armed Forces FC. The average age of the squad is 25.7 years, and the team features 5 players below the age of 23 years.

*Students (Primary, Secondary, ITE, JC Students Only) and Senior Citizens have to produce their concession passes upon entry into the stadium. Concession tickets are also applicable to children aged 7 and below whom require a seat in the stadium.
*Please note that there will be a seating allocation for both Home and Away fans.
*Please be reminded that fans are required to present their photo identification card upon purchasing match tickets.