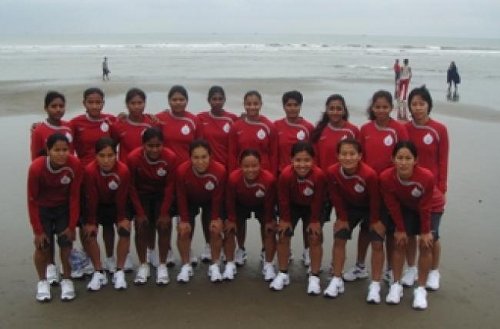 NEW DELHI: Second half goals from midfielder Yumnam Kamala Devi, skipper Oinam Bem Bem Devi and defender Alochana Senapati sealed a comprehensive victory for the India football team (women’s) in their opener against Bangladesh in the SAFF’s Women Championship in Colombo on Friday.

A goalless first half was followed by a goal fest as the eves in blue found the back of the net thrice. Kamala Devi opened the scoring in the 64th minute followed by Bem Bem Devi in the 76th. Senapati completed the rout two minutes from regulation time.

India were superb in the second half. The ground was too heavy due to rainfall. The match was stopped for an hour in the 14th minute. Defender Tuli Goon of West Bengal was a rock at the back.