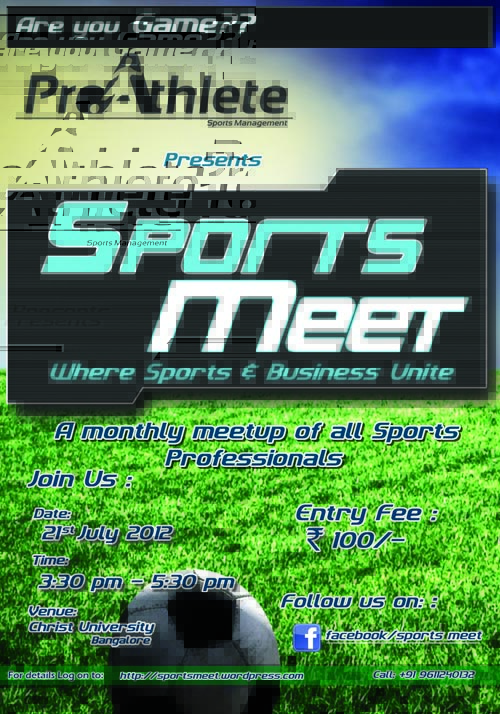 It is no secret that, in-spite of bringing many laurels to the nation, the condition of women’s sports in India is not too encouraging when compared to that of men’s, who in any case are also deprived from the best of opportunities. Women, even with their limited opportunities have made the nation proud on many occasions, some of the more popular names being PT Usha, Saina Nehwal, Sania Mirza, Karnam Malleshwari, Anju Bobby George, Anjali Bhagwat, Bula Choudhury, Beenamol, Mithali Raj, Koneru Humpy among many others. Chitra Gangadharan is also one of the unsung heroes (or should I say heroines!), whose exploits and contributions to Indian football is hardly remembered. Indian Women football team neither gets to play often, nor are there professional leagues where the players can ply their trade, yet they have done reasonably well internationally, still we hear stories how women in Indian football have been sidelined or how some have received no help from the government. 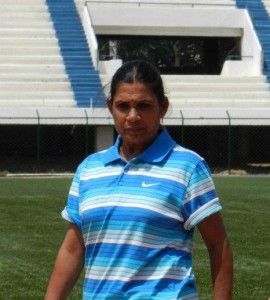 Chitra Gangadharan has played as a goalkeeper for India and Karnataka during 1975-83.  She made a strong impression not only at national level but also at international level, when she earned the unique distinction of being one among two Indians (other being Judy D’Silva) selected to the first Asian All-Star team that went on a European tour in 1977-78. She also captained the Indian team on many occasions, including Asian cup.

Her footballing adventures didn’t just stop with her playing days, during the end of her career as a player, she got interested in coaching and earned necessary badges. Soon she became a coach in SAI (Sports Authority of India) and gradually moved to the Education Department (Karnataka) where she promoted the football culture among school girls. She, along with other physical training teachers, initiated various inter school tournaments in Bangalore. She has also been in the coaching team of Indian youth and national women’s team. Till now she is coaching girls in Bangalore. Thus, she continues her life long battle for promoting women’s football in India.

‘Sportsmeet‘, an unique monthly meet arranged by sports enthusiasts from Bangalore, who aim to create a platform for networking between players, media personels, sports companies and people aspiring to be in the sports industry, have invited Chitra Gangadharan for their July edition of the meet. Chitra Gangadharan is scheduled to give a 30 minutes talk on the significance and ways to “encourage women in participating in sports” and “how the talented sportswomen in India are failing to sustain themselves as the highest level”. The meet is not just about listening to an expert giving a talk, true to its spirit of developing a network, ‘sportsmeet’ assures that there are ample opportunity to interact with the experts, ask questions and give your own views.

Apart from Chitra Gangadharan, talented international cricketer, Vijay Kant Tiwari will talk about challenges in disabled cricket and his Pakistan tour. Triathlete Dipankar Paul will also be sharing his experience. Not to forget corporate interest, Sports management company, Krossover, will give a small demo about themselves.

Details about registration can be found in the facebook pages or call Sportsmeet at 09611240132. Registration will happen on spot at 3.30 pm, with a token amount of Rs. 100 taken to cover the costs of the arrangements made for the meet.