I am annoyed. Annoyed and aghast at the current state of affairs in the domestic circuit of Indian football. Well, its not a new thing. Like, one is generally baffled by the proceedings of Indian football most of the time if he is as keen a follower. But this time, while going through one article (in fact two) in Sangbad Pratidin (a Bengali daily), the annoyance is overflowing and cannot be contained.

The articles are titled ‘United SC gets a lease of life’ where they talk about Prayag Group of Companies sponsoring formerly Chirag United SC. The second accompanying article was titled ‘Chirag United set to return to I League!’. Two seemingly innoccuous, rather pleasant titles. Why should anyone have problem with them? I will explain. 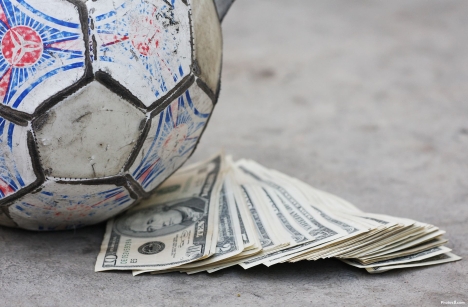 United SC has been one funny character. Its literally like a football. You kick it and whoever gets it, its his. Initially it was called Eveready Club (probably after Eveready batteries, I am not sure about this though). Then they got a new sponsor-cum-owner (at least that’s what Chirag Computers believed). And the name was changed to Chirag United with a new fan-base of  Aladdin, Jasmine, Genie, Abu and yes, the Magic Carpet! Ok, fine, they performed well, clinched the 8th position in I league. Chirag Computers thought, let’s show some authority. And they were shown the door. Now come Prayag group. And as you would have expected, they are called Prayag United now! This time, I guess, the new fan-base will consist of pilgrims to Prayag, if they care!

Lets talk about the second title. In fact the first title did not bother me much until I read the second story. “Chirag United set to return to I League”. And I thought ‘WHAT THE HELL!‘. So, the news is that Viva Kerala will not be named Chirag Kerala after the Chirag takeover. Apparently, Chirag have done a market survey (!) which indicates, Chirag United would be a better suited name. Moreover, they will play in Siliguri, Jamshedpur or even Vizag but not in Kerala. They are also thinking of moving the headquarters from Kerala to Kolkata. Football loving people of Kerala, you have my sympathies. If this happens, it will be utterly ridiculous and unfortunate. But you can’t do anything but lament. They are the conglomerates after all!

At least they should consider the situation of Indian football historians! Imagine these possibilities-

1. Chirag United were 2010 Durand Champions. Or was it Prayag United? Ok, Let’s give it to United.

Confusing it is! And so is the statement of Chirag boss Mr. Kaustav. He says, he has immense love for football. Surely you have and it shows as you have patronized the clubs consistently. But could you explain, why are you trying to kill the game of football in a state like Kerala? Why are you trying to shift a Keralite Club to already crammed Kolkata Maidan? What’s the point in bringing coal to Newcastle? Who would the budding Kerala footballers look up to for inspiration if they do not see any opportunity? Its all for you to think.

The real problem lies in the poor financial status of I League clubs. They are heavily dependent on the sponsors to run the affairs. Even clubs like Mohun Bagan or East Bengal under-evaluate themselves in spite of having such an envious fan-base. So, if you have 4-5 crores, you can literally play with Indian Football!

Another reason is the poor organisation of the fans and lack of a voice among them. Take an example of Venky’s. They spent millions of Dollars to acquire Blackburn Rovers. But it is not called Venky’s Chicken Rovers or Venky’s Tasty Chicken United! A club’s name is it’s identity. The name is what the fans connect with first. If you keep changing the name to show your love, football is in big trouble. Let us just hope that sense prevails.