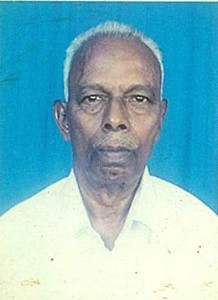 He was instrumental in forming the Telecom Football  Club. During his term, he provided the promising players employment opportunity in the Telecom Department. When the Postal and Telegraph department was separated, he brought  the Telecom football team at par with ITI, HAL, and KSP.

When Govindaraj was at helm, his team was a crowd puller in the local league. After retiring from service  as a Senior  Telegraph Master, the team taken back by the then Administrators. He was awarded by the State Government in the Dasara festival for his contribution towards Sports.

Govindaraj’s death left his wife, two sons, and a daughter. The state and the district football officials paid homage to the former footballer.