The performances of Indian seniors for last two decades has left much to be desired. The huge margin and the manner of some the losses has really embarrassed the Indian fans, many of whom shunned following national team football and embraced cricket which has brought many laurels and glories to the country. However, at a junior level, Indian boys have given fighting performances and given us much to cheer about. This clearly showed that India certainly has footballing potential and are at par (or at least  somewhat close) with the Asian biggies, but somehow somewhere the leap from junior to senior level doesn’t happen well. The reason is no mystery. The lack of proper facilities and infrastructure in our country prohibits further development of these players. Thankfully, the AIFF (All India Football Federation) has understood this and has taken few steps to reform the system. One of the most exciting programs initiated by AIFF last year was to send of sixteen u14 (now u15) players to the IMG Soccer Academy in Florida, USA. This was sponsored by Reliance Industries Limited. In USA, the boys have done well in IMG tournaments and Brazil tour. However, the most important tournament they played was Dallas Cup last month (April,2011). Pitted against two previous champions, they did well to qualify from that group to the knock-out round, where they made their exit after an exciting game. Most importantly they showed fighting spirit in every game and even when they lost, it was by a close margin. I have been trying to know these players for a while and now I have got hold of a bunch of photographs of this players ‘in action’, so I would like to share them and introduce them to other football lovers.

Firstly, let me acknowledge Mrs. Brenda Montfort Ucherek, who had kindly provided me most these photographs. She was involved in hosting the Indian team in Dallas, during the Dallas cup and two of the players – Muana and Germanpreet stayed with her family for 9 days. In fact, her two sons were also playing in the Dallas Cup. This is what she had to say about them – “Muana and German were terrific young men. We watched their games and they watched ours. We took them to different places and introduced them to new foods – like Texas Barbeque and Dip n’ dots, a type of ice cream treat. They play ping pong, swam and jumped for the first time on our trampoline. We even colored Easter eggs together. We all were very upset when they left our home. I hope we will be able to continue to keep in touch with them. They are now apart of our hearts, and my eyes grow full of tears as I write this. We miss them very much. My husband is hoping to visit them in Florida at the end of May with our youngest two sons. I hope to see Muana and German representing India in many more games and hopefully one day they can represent India in the World Cup. Many blessings and thank you for writing about this wonderful group of young men from India.”

Well, even we want them to see in the World Cup!

I would also thank, IFN Admin for giving me contact of Mrs. Ucherek and later the idea of spreading some of the pictures via an article.

So, now lets get to the real deal. Here are the jersey numbers and name of the players.

The pictures have been edited from the originals. Please click the pictures to enlarge them and have a better view of the players. 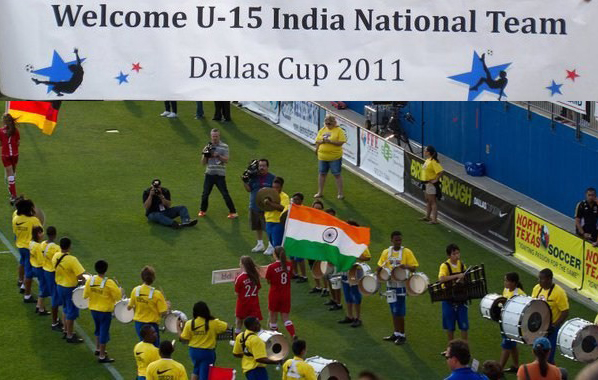 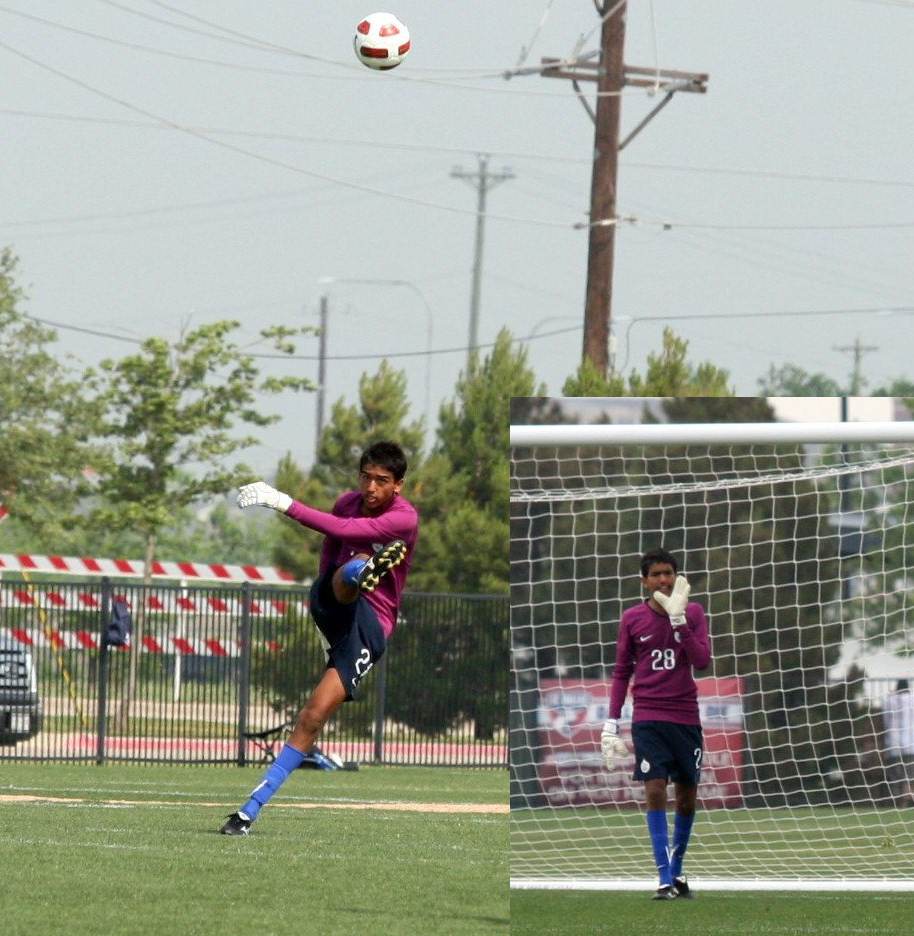 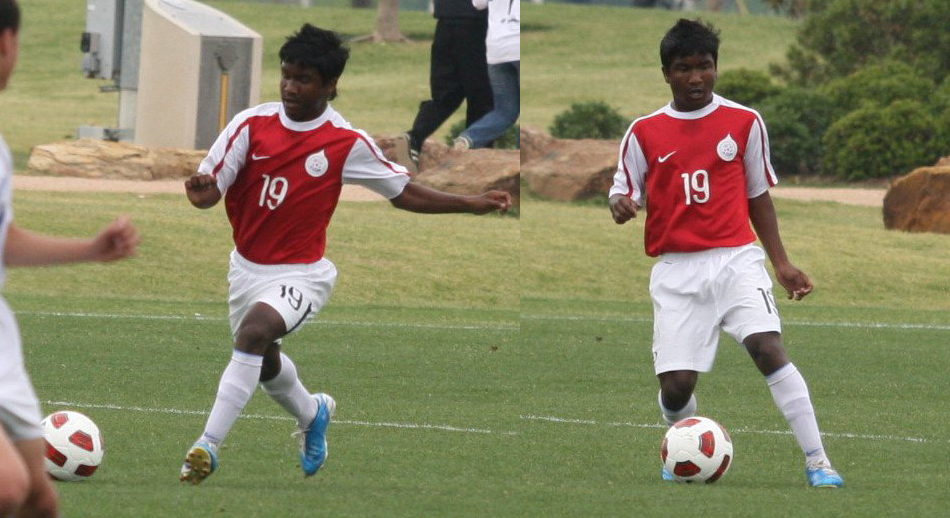 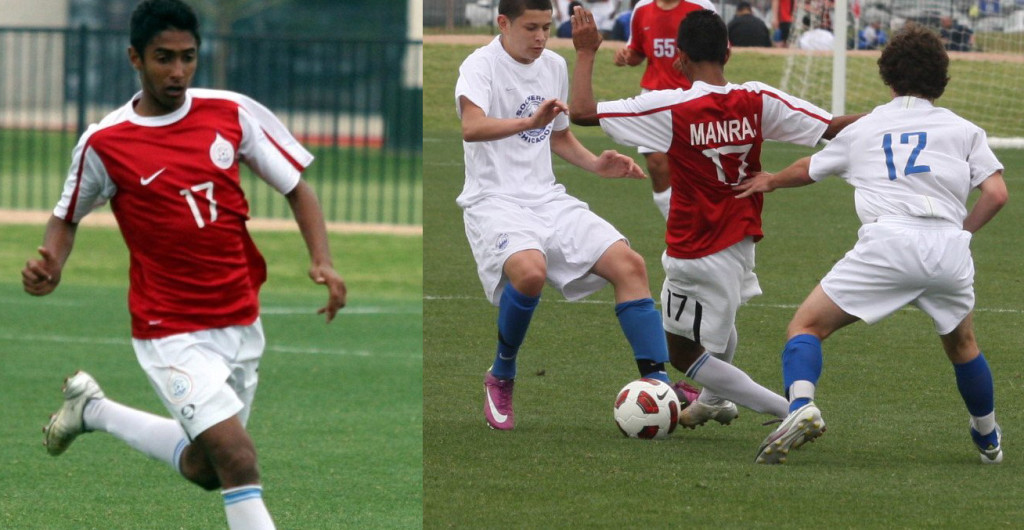 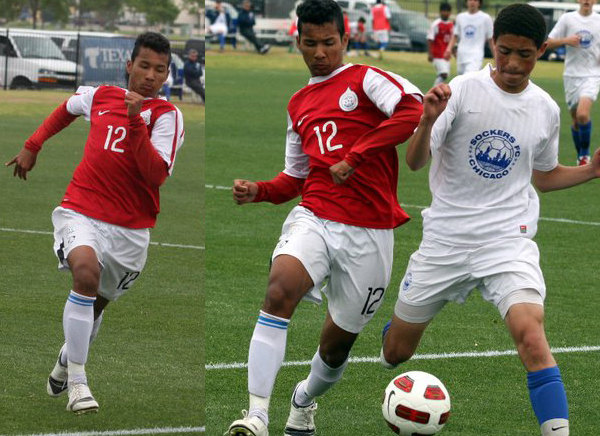 Myron – Captain of the team 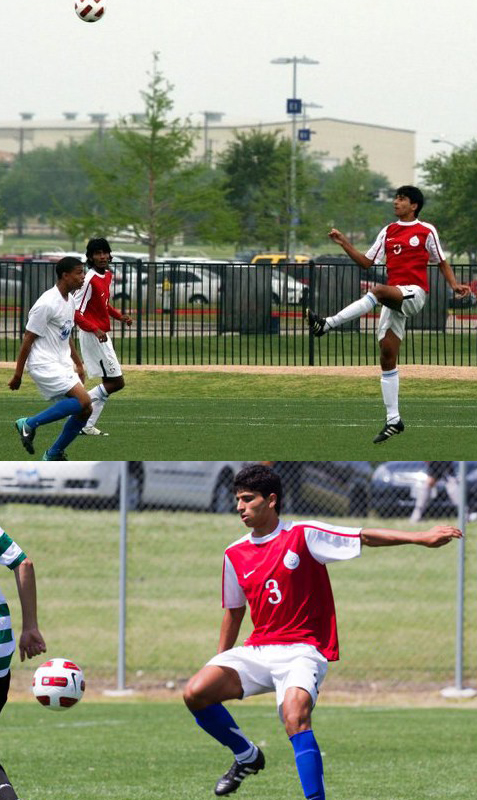 Unfortunately, our Goalie Supratim broke his arm in the first game and ace striker Uttam had injuries which kept him out of the matches too. Here are their pics. 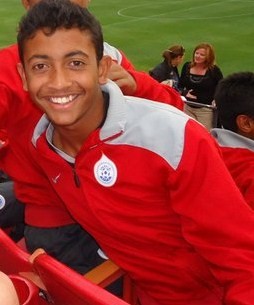 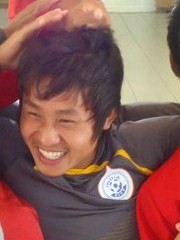 Special mention : Two non-Indian players were also part of the squad as Dallas cup registration requires 18 players and we had only 16. Since they were also part of the team and played their part, it would be unjustified to exclude them from this article. They are : 55- Sebastian (Left pic); 86 – Paul (right pic) I am hoping that AIFF will extend training of these boys in IMG where they are getting excellent facilities. Also hoping that AIFF and Reliance will team up and send more boys to the best academies in the world.

The boys will be back soon in India to prepare and take part in the AFC U-16 Championship Qualifiers starting from 12th September to 18th September.