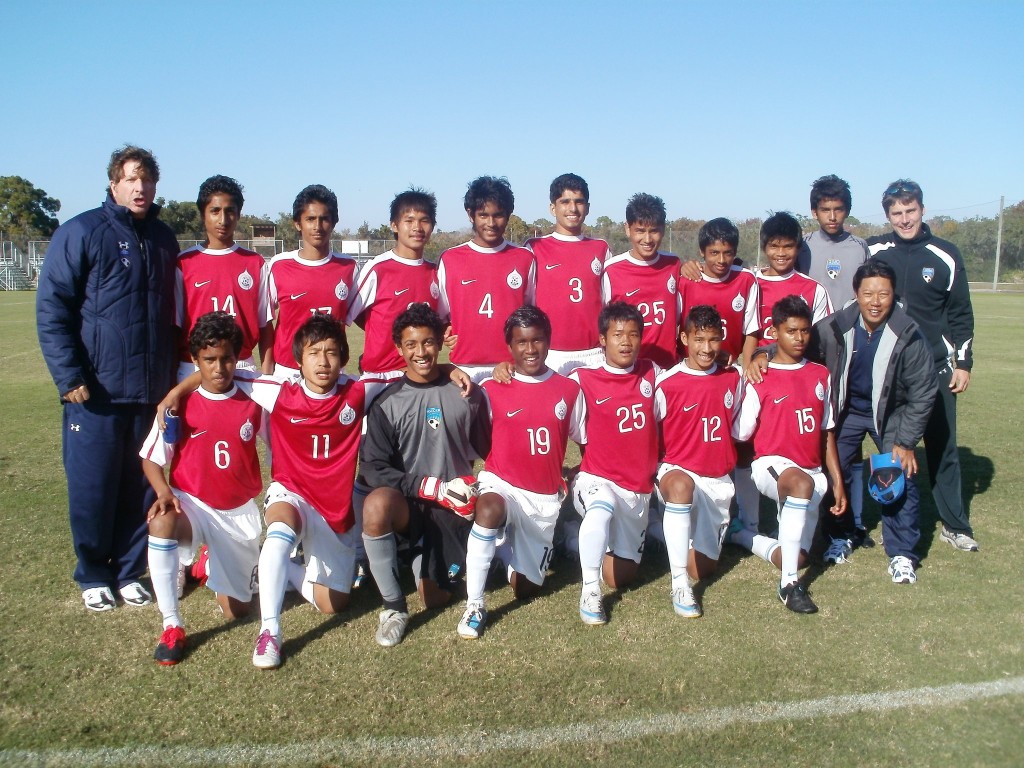 The last group stage matches were all spiced up with quarter final spot at stake for 3 of the contenders, India U15 and Santa Clara Sporting who were  facing separate teams and Sockers U15 who were up against India. Santa Clara who are 2009 champions were facing TSF Academy grey, the weakest of the 4 teams and who already have been hammered 5-2 by India and 3-0 by Sockers. It was expected that Santa Clara will trounce TSF to make their easy way to quarters. But miracles do happen. And miracle did happen when TSF, to everyone’s surprise, drew 1-1 with Santa Clara.

India had their match scheduled 2 hours after the  Santa Clara match. So, they knew exactly what they had to do. Santa were stuck at 5 points after the draw and India were at 3 points prior to their match. Only a win would have seen us in the quarters.

India looked to take matters in their own  hands. They started with the attacking formation of 4-3-3. The star striker Uttam Rai was out with injury and was replaced by Muana in the match. And he did not disappoint the fans. India went into the lemon break with 1-0 lead through Muana.

Coming into the second half, India were at a very comfortable position and all they needed to do was to defend their lead. That is exactly what they did. The coach changed the formation to 5-3-2 and blocked every little effort of scoring by Sockers. The match ended with 1-0 scoreline and India were in the quarters topping the group which had 2 former champions of Dallas Cup.

India are set to face FC Golden State who are undefeated so far in the tournament. They are a newly formed team. They came into existence in 2007 and tasted success immediately when they were crowned Regional U15 Champions by US Club Soccer. They have score 7 goals and concede just 2 so far. Compare the performances of the teams below

FC Golden State vs  India U15