Indian Football Blog
Home Indian Football I-League 2 Sikkim’s Paljor Stadium gets artficial turf
Share on Facebook
Tweet on Twitter
The process of laying the artificial turf has started at Paljor Stadium, Gangtok after the completion of all initial work like leveling the field. It was decided to lay artificial turf at the Stadium as the authorities found out that the natural grass was hard to maintain in Gangtok where it rains heavily during the monsoon season. 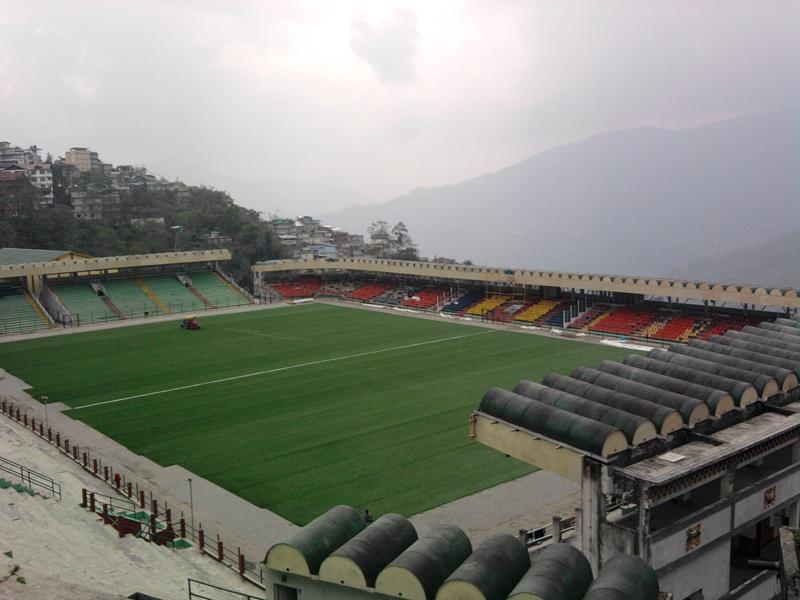 The work at Paljor Stadium is being jointly carried out by the United States based firm Field Turf Tarkett and Great Sports Infra, Hyderabad. The officials from these two companies are camped in Gangtok and is overseeing the operation. After the turf has been laid out it will be filled with rubber and silica which will be further compressed.

At Present the turf is two and half inches long but after its filled with compressed rubber and silica just two third portion will be exposed. Thus giving the players that perfect grip while they are out on the field. The process is expected to be complete in the next two weeks if all works move as per schedule. 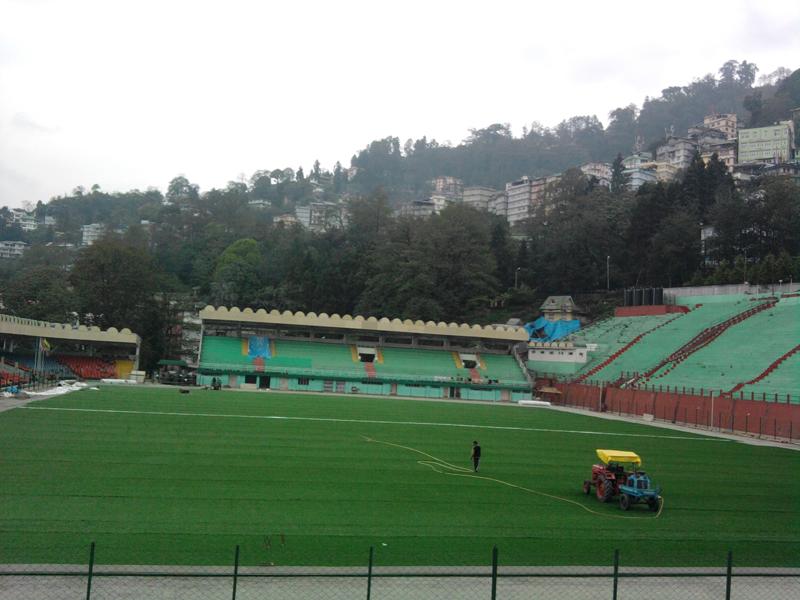 This project began in January at a total cost of Rs 3.77 crores. The turf is of the same quality as the one laid at Salt Lake Stadium, Kolkata. It is said that the turf can be used for eight to ten years with zero maintenance.