While the Indians are lost in the euphoria of the ongoing ICC cricket world cup in the subcontinent, a 15 year old teenager has made a silent achievement in the world of soccer. This boy from Mumbai and who hails from an extremely modest background, has made it to the US Soccer League team Pirate SC which is coached by none other than Mr. Brendan Keyes. We are presenting his exclusive interview before he leaves for US to join his team. 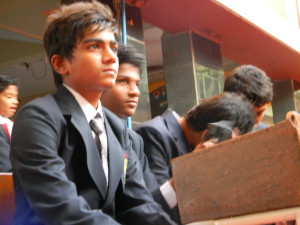 IndianFootballNetwork: Hello Pratik, we congratulate you for your achievement. We will like to know about your background.

Pratik: I am Pratik Shinde. I live in a small house in Siddhartha Colony in Chembur, Mumbai. My father passed away recently and my mother works hard to let me follow my passion that is football.

IndianFootballNetwork: We are sorry about your father Pratik. Tell us about your trajectory in footballing career.

Pratik: I started playing football 3 years back. I represented Kenkre FC. That was my first club. Then I moved to Andheri Football Academy (AFA) where I met the coach Mr. Maloy Sengupta. He has been very helpful to me and whatever I am today is because of him. He took me to Sweden for Gothia Cup in 2010 where I scored against Germany. That was when I caught his eyes and he started working on my game and skills. I have played for Kenkre FC, Steadfast FC and AFA so far. Now I am moving to Pirate SC in US.

IndianFootballNetwork: How did this opportunity came your way?

Pratik: I used to send my CV and videos to different clubs and academies around the world. One fine day, I got a reply from Mr. Brendan Keyes who inquired about my whereabouts. He is the head-coach of Glavestone Pirate SC. We interacted over Skype where he agreed to sign me for his team and told me to get ready for the new club! 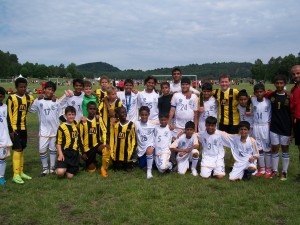 IndianFootballNetwork: How was your interaction with Mr. Brendan Keyes?

Pratik: He has been very helpful and positive. He is like a God to me. he has offered me room over there and has arranged for everything. He had a great career as a player where he represented top flight clubs of Ireland and also Houston and state select team in America. He has the prestigious USSF and FAI National Badges. I am looking forward to working with him.

IndianFootballNetwork: Who are your favourite soccer stars?

Pratik: I idolize Paul Scholes because he is also a mid-fielder like me.My favourite clubs are Manchester United and Glavestone Pirate SC.

IndianFootballNetwork: Thanks a lot pratik and best of luck for your future. We wish you turn out a great asset for Indian football.

Pratik: Thanks a lot.

Related Articles on the same topic: