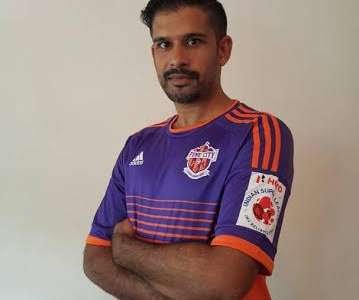 FC Pune City made a shocking decision to hire Miguel Portugal who finished at the bottom last season with Delhi Dynamos as their head coach this season who lasted only for three matches as they replaced him with Pradhyum Reddy as interim manager. The Stallions are currently struggling with one win in eight games and according to some of our close sources are being forced by FDSL/ISL to sign a marquee coach.

Ashley Westwood has reportedly landed in India yesterday and is a favorite for number of managerial positions which will likely become vacant. We had also reported in the past that Westwood along with Albert Roca is in contention to replace Constantine after the Asian Cup.

Delhi Dynamos head coach Josep Gombau might be on the verge of facing the sack if he loses the game against Bengaluru FC on Monday. Dynamos are currently at the bottom of the table failing to win any of their first eight games.

Other managers who are on verge of losing their jobs are Kerala Blasters David James and high spending ATK’s Steve Coppell. James who has a contract till 2021 is already under massive pressure from both fans and management after a disappointing start to the season. While ATK who have spent huge money this season to overhaul their squad are also disappointed with their start this season.

The break for Asian Cup is expected to be a busy one for several teams with a lot expected to change over the start of January.