Earlier this year The All India Football Federation had announced the revival of Indian Arrows formerly known as Pailan Arrows ( due to sponsorship reasons). The team will consist of players from India U-17 and India U-19 teams and will participate in the upcoming season of Hero I-League.

The project was Kickstarted by former Indian coach Bob Houghton in order to give game time to India U-19 and U-23 players. The team participated in 3 seasons of I-League but was shut down in 2013 after the sponsors couldn’t support the team.

Shilton Sydney D’Silva was considered as one of brightest prospects of Indian Football.  The young Central Midfielder joined the Arrows during 2010-11 season of I-League and was one of their brightest prospects in the I-League. His performances earned him international debut in 2011 at an age of 18 and then coach Armando Colaco hailed him as the future star of Indian Football.

But Injuries weren’t kind to young Shilton he suffered multiple injuries and was out of Football for more than 3 years. Shilton played for Mumbai FC in the last 2 seasons of I-League and is now apart of Sanjoy Sen’s Mohun Bagan and started in their 1st game od the season against Minerva Punjab.
9 – Lalrindika Ralte 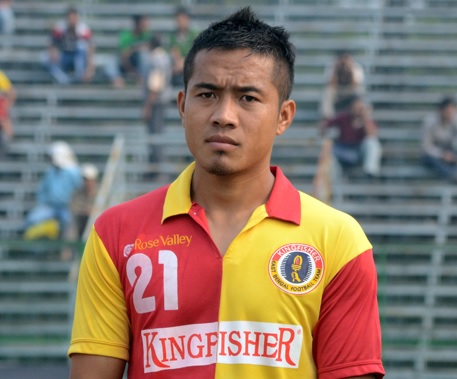 Lalrindika Ralte joined the Arrows on loan from Churchill brother during 2010-11 season of I-League. The winger has later gone on to win Federation Cup with East Bengal, Indian Super League for ATK and has won 14 caps for India.
8- Milan Singh 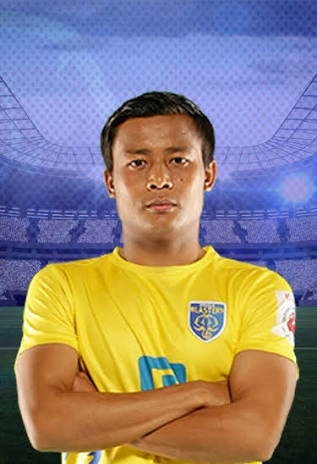 Milan Singh was part of the Arrows for all 3 seasons of I-League between 2010-2013. He made more than 40 appearances for the team scoring 8 goals. Milan has been one of most consistent central midfielders in Indian Football for the last 2 years. He earned his first cap for India against Combodia in March 2017.

Jewel Raja Shaikh played for the Arrows during 2010-11 season he was a regular member of the National team during that period and has made more than 20 appearances for the blue tigers scoring 3 goals. The midfielder scored the winning penalty for ATK in 2016 Indian Super League finals. He currently plays for FC Pune City. 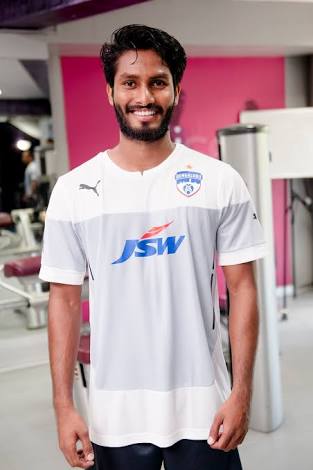 Alwyn George joined Arrows from the Tata Football Academy in 2011. He was one of Arrows most important players and was considered as the next big thing in Indian Football and won FPAI young player of the year twice.

Alwyn has made 8 appearances for the national team and currently plays for Bengaluru FC.

Halicharan Narzary is another player who was part of the Arrows for all their 3 seasons in the I-League, He played 37 games for Arrows scoring 9 goals. The forward is now a regular member of the Indian team under coach Stephen Constantine.
4- Narayan Das

Narayan Das joined the Arrows from Tata Football Academy during the 2012-13 season of I-League. He quickly established himself as regular member in the Arrows squad. He is also a regular member of the Indian team under Stephen Constantine.
3 – Pritam Kotal

Pritam Kotal is currently regarded as the best full back in the country. He played for Arrows between 2011-2013 making more than 30 appearances for the team. He later joined Mohun Bagan and helped them win I-League and Federation Cup. He was also a member of ndian team. Pritam has made 22 appearances for the Blue Tigers.

JEJE joined Arrows from Pune FC on loan during 2011-12 season of I-League. He burst into limelight scoring 13 goals during the season and was the highest Indian goalscorer.

JEJE later moved to Dempo during the 2013-14 season but struggled to make and Impact. He later went on to win Indian Super League with Chennaiyin FC and I-League with Mohun Bagan during the same season . His performance saw him win the AIFF player of the year.

JEJE currently has 20 goals for the national team in over 40 appearances . He currently plays for Chennaiyin FC and is the the top Indian goalscorer in the Indian Super League .

He returned to East Bengal the next season and broke into the first team. Gurpreet later joined Norwegian club Stabaek and became the first Indian to play in the Europa League.

Gurpreet returned to India and joined Bengaluru FC in search or regular game time. He has won 20 caps for India.