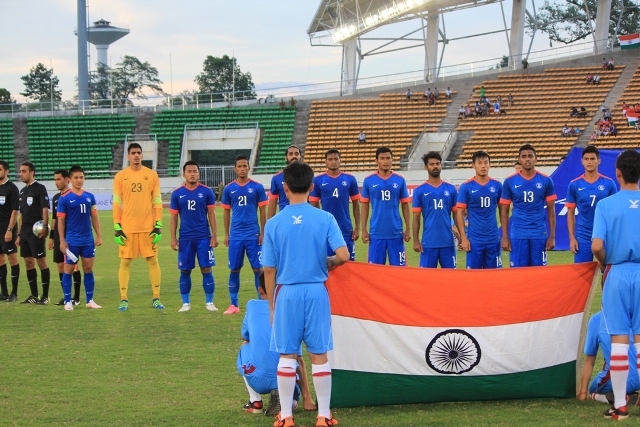 The return leg of India vs Laos AFC Asia Cup Qualifiers match will be telecast live and exclusive on DD Sports channel from Guwahati. This has been confirmed by the All India Football Federation.

India's match against Laos to be streamed and telecast live https://t.co/hjNUMcvBpm #INDvLAO #BacktheBlue

The first leg was played on 2nd June in Laos where India defeated the hosts via a solitary goal from Jeje Lalpekhlua who was assisted by Udanta Singh. Thus India go into this match with a win and away goal advantage.

India vs Laos will be Telecast LIVE on DD Sports Channel. Live Streaming on https://t.co/K7EjMbSnsE. Cheers!