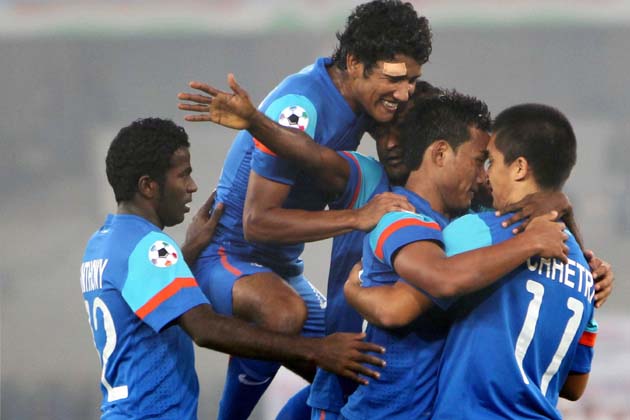 “The World Cup is every four years, so it’s going to be a perennial problem.”
– Gary Lineker

The above mentioned quote aptly describes the Indian conundrum regarding the tournament. Just like the British media go ballistic about their team’s chances at any upcoming World Cup, their Indian counterparts always bring in the reasons behind India’s failure to qualify for the FIFA World Cup.

The 2014 FIFA World Cup, that was held in Brazil, proved to be no different for either nation with England bowing out from the Group Stage, while India made their way after losing to UAE in round 2 of the qualifiers way back in 2011. Fast forward to March 2015, we find India at the crossroads of their new journey for the 2018 FIFA World Cup and will be starting from Round 1 of the qualifiers after the FIFA Rankings plummeted to a new low under Wim Koevermans.

One of the major complaints that fans had during Wim Koevermans reign as national team coach was his squad selection. The first selection from Stephen Constantine with inputs from Shanmugam Venkatesh and Savio Madeira seems to have satisfied the fans but will be demanding for further improvement from the second round especially in the midfield.

The defence will be much improved compared to the previous match against Bangladesh but the left back position is still a cause for concern after Narayan Das missed out through injury. Augustine Fernandes should make his debut for India in central defence.

The midfield though looks a bit weak due to their inexperience at the international scenario, though that shouldn’t be of much concern as the selected players have been consistently performing for few seasons now. Eugeneson Lyngdoh’s Lampardesque late runs have provided Bengaluru FC an alternative route for goals in I-League this season.

The forwards select themselves automatically but it will interesting to see who get the nod as wingers. The fight will be between Mandar Rao Desai and Anthony D’Souza for the wingers. Balwant Singh after finding it hard to score goals early in the season has been chipping in recent weeks for Mohun Bagan.

With as many as 11 players uncapped, this will be one of the most inexperienced squad for such a vital clash.

Back in 2012, the All India Football Federation (AIFF) announced its plan of a new league similar to its more illustrious cousin, the Indian Premier League. The announcement led to a tussle between the AIFF and the Indian Professional Football Clubs Association (IPFCA), which was later circumnavigated through careful negotiations and planning. The stand off meant that the league was forced to be delayed by a year, which turned to be a blessing in disguise for the organiser IMGR. The organisers responded quickly as they steadied their boat and readdressed the critical issues such as signing of foreigners for the draft pool.

Thus by 2014, Indians were eagerly awaiting for the start of Indian Super League but a new problem came to forefront as AIFF now had to create a window for this mega event. The dichotomy of the season meant that “the premier domestic tournament” or the I-League was postponed for the cash rich tournament. With most players participating in both the ISL and I-League, players may be experiencing fatigue but it will be the job of the new strength and conditioning coach appointed under Stephen Constantine to prepare the Blue Tigers.

It was not all bad as the ISL did have a positive effect on the Indian players. Players such as Pritam Kotal, Arnab Mondal improved slightly after playing against some of the world renowned players in ISL.

Indian players will be motivated for more than one reason to defeat Nepal in the qualifiers. These qualifiers are twice the value as it also serves as the preliminary qualifiers for the 2019 AFC Asian cup. So the team that losses will be doldrums for four years.

The players will also be motivated to seek revenge after losing in the SAFF Championship in 2013 so as to regain the regional bragging rights.