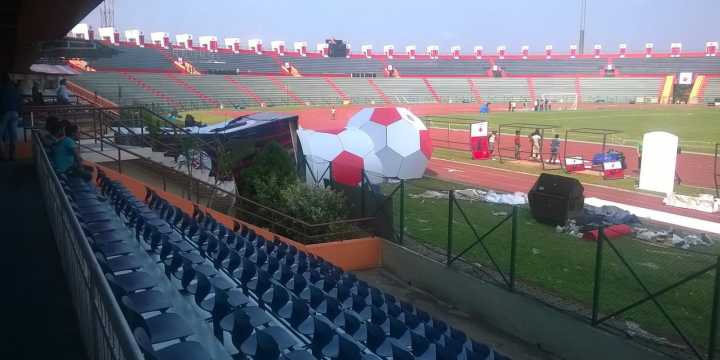 Even before North East United FC (NEUFC) could start their Indian Super League campaign, they have been hit by visa issues which keeps their two key players out of action against Kerala Blasters tomorrow.

The two players who failed to get visa in tie are the New Zealand World Cupper Leo Bertos and Trinidad and Tobago world cupper captain Cornell Glenn. These two players play for East Bengal and Shillong Lajong FC respectively and are their marquee signings.

The absence of these two experienced world cup playing footballers will affect the preparations and strategy of NEUFC which is co-owned by John Abraham with Guwahati as its base.

NEUFC open their campaign against Sachin Tendulkar’s  Kerala Blasters FC tomorrow and it opens a great chance for the Kerala team to attack the North East side and win when they are weak.

Indian Super League kicks off today with a grand show followed by Atletico de Kolkata vs Mumbai City FC match. The match will be live on Star Sports and Star Gold from 7 pm onwards. You can also watch the match in Europe on Eurosport 2 and in Australia on Fox Sports.