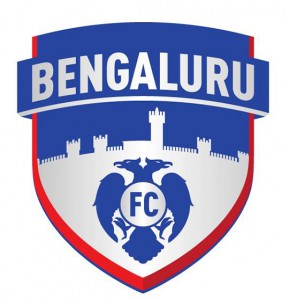 “This has been a fantastic journey for all of us at the club. The fact that we are I-League champions is yet to sink in. Things will only get bigger and better from here. When we started we were fighting with the All India Football Federation (AIFF) that we don’t get relegated. So, to come here as a champion, is unexpected. One thing is for sure, we are not going let go of the title soon. But for that we will have to improve and reinforce our team. We want to be the first India team to qualify for the AFC Champions League,” said Jindal.

Westwood, who along with the team was given a rousing reception at the Bangalore airport, said it was an absolute honour to lead this team to the title. “Any championship title is a huge success. I wouldn’t compare it to anything else but it’s a fantastic honour and I am really proud and privileged to be the head coach. It’s right up there with the most successful things I have done throughout my career. It’s the greatest feeling in the world and I wouldn’t take any shine off it by comparing it with anything else,” said the Englishman when asked if he thought his success at BFC was the biggest in his career as player or coach.

While the title has been conquered, there is an individual award at stake and that could come Bengaluru’s way too. Skipper Sunil Chhetri is tied top scorer on 14 goals and with the game against Sporting Clube de Goa left, he could well be on track to bag the award. “People have said that I play for the country but never turn up for clubs and I’m glad they do that. It only motivates me to perform better. There is the possibility of me ending up top scorer in the League and that says a lot,” said Chhetri who has been a revelation playing on the left, a position he has never operated from in his career.