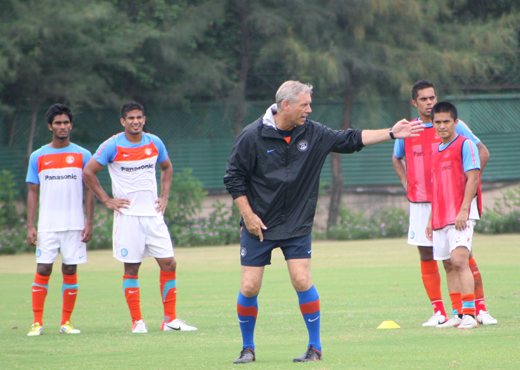 Taking note of  the severe criticism by Wim Koevermans, IMG-Reliance has proposed to hold training camp for the Indian footballers who have signed for the proposed IPL style Indian football league till such time the players find clubs to play for.

Wim in an interview to a newspaper had said that the proposed IMG-R league will affect the fitness of the national team players as they would not be playing for the most part of the season as the league will span just over 2 months. In that case, these players would be ineligible for selection.

As a solution, IMG-R has proposed to hold training camps that will last till the IMG league starts. The players who are not absorbed in any football club may train in the camp and stay fit. However, the coach and other supporting staff have not been finalized yet.