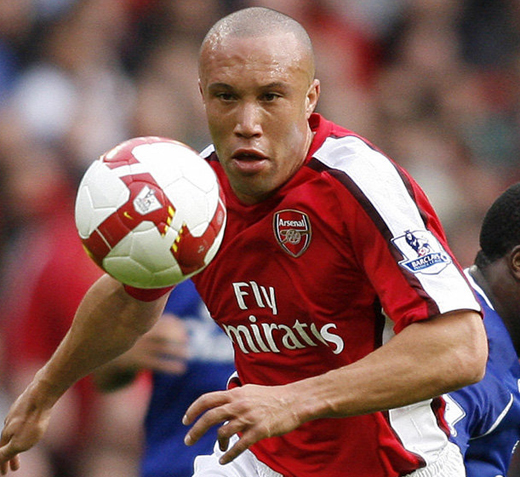 Dodsal FC, launched recently, is an ambitious club owned by the Dubai based conglomerate NRI Rajen Kalichand. They are currently not a part of I-League, but are building a team under reputed coach Bimal Ghosh, aiming for I-League qualification. This Mumbai based club finished runners up in the recently concluded Durand Cup, 2012.

Dodsal FC’s bid for 35 yr. old Silvestre comes as a surprise. Apart from playing in world class clubs like Manchester United and Arsenal, has has also played for Rennes, Internazionale and Werder Bremen. He has earned around 40 caps for the French national team. This veteran defender, if comes to India, will be the most high profile foreign player in Indian football, eclipsing high profile signings like Carlos Hernandez (Prayag Utd.), Rohan Ricketts (Demp0) etc., 35, established a reputation as one of the finest defenders in Europe during an illustrious nine year career at Old Trafford.

The former France international also had spells at Internazionale prior to joining United and also spent two years at Arsenal, before a two year stint at Werder Bremen, which came to an end at the conclusion of last season.

Silvestre has been without a club since leaving Bremen, and he has now revealed that an exciting opportunity has been presented to become part of Dodsal’s ambitious plans to transform Indian football.

Dodsal FC are a newly-assembled club, created by the Dodsal Group, a large Indian conglomerate, whose headquarters are based in the UAE.

The Dodsal Group wanted to create a team based in Mumbai with the intention of increasing football’s popularity in a cricket-mad nation, and Dodsal FC is the vehicle for driving that ambition.

Silvestre claimed to have been in touch with Dodsal FC CEO Mohammad Omar. He has been offered an one -year contact. He is yet to take a decision, but is considering joining the club it seriously.