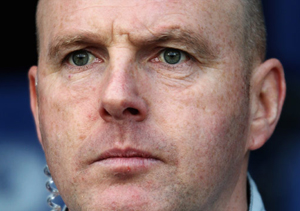 I find it really funny when I contrast the functioning of Indian football club Mohun Bagan and the Blackburn Rovers who managed to get relegated in spite of staying in the Top 10 of EPL before the ‘change’.

The former sacks its coach at the drop of hat, literally! The BRFC fans among the readers would not believe when I say that both the manager and the technical director of Mohun Bagan were sacked this season and they had finished 4th (out of 14) with a real chance of winning the title until last few matches!

And then there is Blackburn Rovers, there is Venkys and there is Steve Kean. My logical circuit crashes when I come to think about it. Why on earth should Steve Kean stick around? What could be the reason? His past credentials which amount to nothing? His current record? I am baffled. If I were Steve Kean, I would have resigned myself on moral grounds given that I could feed my family without the job.

Now comes Shebby Singh with his new formula. You lose 3 straight games and you are sacked. At first note, it sounds so encouraging for the BRFC fans. But think about it. Shebby, are you serious? I mean, what does losing ‘3 in a row’ mean? How is this different from losing 3 games out of 4 but not in a row? And how is it worse than getting relegated from the Premiership after 11 years?

If you are really serious about saving the club from further disgrace, sack him. Because ‘3 in a row’ means nothing!