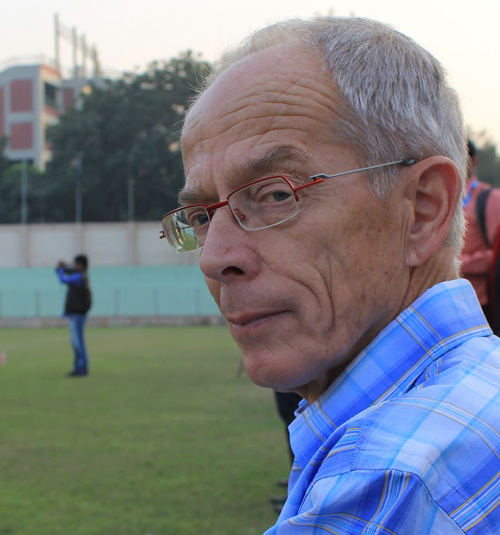 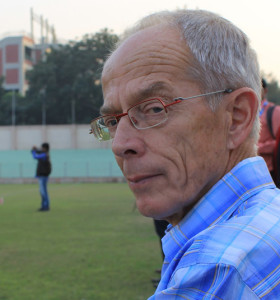 “All of you need to make me a promise. Promise me, all of you will come back to me within a month with a kid who you believe has the potential to play for India in the future. You are my scouts. By now, you ought to know as to what kind of player I am looking for. “Can You Promise me ?” – Rob Baan

NAVI MUMBAI: “All of you need to make me a promise,” Rob Baan, All India Football Federation, Technical Director, walked towards the 65 participants. “Promise me, all of you will come back to me within a month with a kid who you believe has the potential to play for India in the future,” he utters. “You are my scouts. By now, you ought to know as to what kind of player I am looking for,” he adds. “Can You? Promise me,” Baan stresses again.

“Yes we will,” the Coaches and the Instructors answer back.

“You can even give me more than one boy,” Baan goes further. “We will have a trial for the kid and if we find him good enough, we will enroll him,” he informed.

The age-old issue of age-fraud stays the biggest challenge for AFF at the moment; and at the Coaching Seminar in Navi Mumbai, the issue just makes rounds almost everyday.

“This has been prevalent for long. The State Associations need to be more serious,” Colm Joseph Toal, Head Coach Youth Development, adds. “Just look what happened in the camp in Kalyani,” he shakes his head.

With a vision to get boys for the four Regional Academies, the AIFF, had since September 2011 scouted over 170 boys from various age-group tournaments, U-14 Fests and Open Trials which were conducted across the length and breadth of the country by Baan and Scott O’Donell, Technical Director, Regional and Elite Academies.

The selected U-14 boys were then kept in a Camp in Kalyani for over a month after which the list was filtered to a final list of 120. But when medically tested, 84 out of 120 were found overage. The Camp was for U-14 boys but some of them were found to be even over 17!

“It seems, we just need to conduct tests almost everyday,” Toal shrugs. “The money went waste, the effort and energy went waste; it’s so much frustrating and discouraging for the development of the sport in the country,” Toal laments.

Result: Simple. The launching of the AIFF Academies had to be delayed. “But they stay on track. “We have to have them and we will,” O’Donell informs. The second AIFF Regional Academy is all set to launch in Bangalore in September 2012 and then the next one at Pailan World School in Kolkata later this year.

“Open Trials are not a realistic approach,” O’Donell exclaims. “In Kolkata, we had over 1000 boys appearing for the trials. It’s hard to handle that much of a lot.”

Toal hits the nail on the head when he says: “It’s about the honesty of individuals. Be it Coaches, be it Administrators, somewhere people stay desperate to win even at the U-14 level. But at that level, it’s all about development than winning,” he echoes.

“This is rampant across all age groups and all sports. But how do you stop it. Off-course, we can determine it by tests; tests which reveal the dental age, secondary sexual characters and the bone age,” he informed.

Since taking over in November 2011, Baan understands the situation. His wait continues – the Coaches are supposed to get back to him within a month. Indian football waits too.