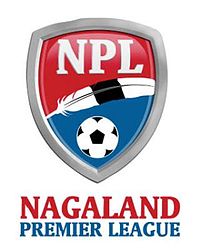 Mexican standoffs, daring fans, drums and a songful of events

The first match to kick off in Mokokchung for the Match Day 4 saw the red hot Tornadoes playing against the young guns Dynamic FC. Imagine a typical Mexican stand off setting on a hot day, mud ground, two teams on the opposite end with their guns on their holster, wind kicks up the dust on the field and waiting for the clock to strike 12 and so it did. The Mokokchung football faithfuls were entertained to an exciting game of the second place team versus the second from the bottom going all out to beat the other. Tornadoes played with a lot of flair worthy of true title contenders, the young Dynamic team playing with the big boys with some serious big guns and it was an all out game with both teams creating equal chances. Tornadoes were the stronger team but the first half played out with both teams failing to score. The improvements that the Dynamic Team has made in three Matches were a joy for all to see given the fact that it is a very inexperienced team. Tornadoes as always playing with quick decisive game play and full of flair. Initially FCNT took it a bit easy and let the Dynamic Team to create some good chances while they faltered a bit going forward which the FCNT boss Mughato quickly rectified by bringing in the veteran striker Akum Ao early on, a player once compared to be the next big thing after Baichung now playing a mentor role to youngster at the Tornadoes camp and all his experience paid off by rubbing it off on his team.  Second half began in an almost same note with the Dynamic team showing a lot of heart but the Tornadoes drew first blood through Rhitsho who scored the first goal through a beautiful assist by Akum. The Dynamic team suffered its second serious injury to the season by losing their keeper to a serious hip injury. This was the second injury to the goalie where they lost their main custodian in the last match to an injury and was seated out for this match. There was no third string keeper and had to get one of their outfield player as a stand in keeper.  Tornadoes capitalised on this by Akum scoring the second goal of the morning through a beautiful lofted header which the make shift keeper failed to keep out. Furtune couldn’t have been better for Dynamic if only they had their main keeper but maybe it was fate. Tornadoes won the match and now sits second on the table with 10 points, two points off the league leaders.

This derby will later grow in Indian Football equivalent to Mohan Bagan and East Bengal and it was one noisy Match with a packed stadium and both teams going for three points but most importantly for pride, for the glory of Mokokchung. It was disappointing that it ended in a draw however football fans were left wanting for more at the end of the day. Both teams with full squad went against each other with fans singing Ao songs, a Fourth Element drummer who rallied all the fans even intimidating the sunshiners who were seated on the perpendicular stand, chants going back and forth between both fans to the action that was played out by both teams. Sangpang’s classy midfield against the almost famous Zonipang Defense. Every fan was literally off the edge of their seats as both teams had near chances and braces which were followed by the awe of the crowd. The dust did not settle all afternoon and looked like a sand storm had hit town when two players grabbled for the ball and for sure we know that dust in Mokokchung will not settle till the end of the season. This is one beautiful town that will boast of true game lovers and they were all entertained by calling it the best match they have seen so far in Mokokchung. And of course these are the best fans in Nagaland. The first chance came for Zonipang which bounced in front of the keeper and slowly hit the Top bar with the ball failing to enter the post. Sangpang had near misses with the ball hitting the woodwork on many occasions.  All afternoon the ball was just missing the woodwork by inches and the last chance coming Sangpangs way though a free kick in the closing minutes. The lanky star player Tongpang stepped up 30 yards to the goal and struck a superb freekick which was deflected by the Zonipang custodian into the boot of another Sangpang player who guided it towards the goal but as basic football set piece, there was a defensive line blocker on the goal mouth who blocked the shot much to the despair of the Sangpang Fans – The Fourth Element who were behind their team all afternoon. At the end of the day maybe the Mokokchung football spirit spoke out by giving a result saying that both are worthy champions and both are worthy to be in the NPL representing the best of Mokokchung Football.

This was a mid table battle for two of the best teams in Nagaland both desperate for three points to catch up with the early league leaders. Two teams vying for the league title and both not planning to settle for less played out a game of technical ingenuity never witnessed before in Nagaland. Two top teams, two top coach and two super star teams boasting of the best players in Nagaland. Life Sports coached by William Koso and Barak Flamingoz coached by Brando were against their wits all afternoon in a super classic coach’s game even though the scoreline favoured Barak who won by a solitary goal through the boots of the genius Asian taking his tally to three in the season so far. This was one game that witnessed technical strategy of two decorated coaches understanding the game in and out. Life Sports did not let Barak Play its natural game through some well devised pressure game devised by William; whereas the Barak Coach who worked really hard on the strike problem knew the technicalities of the most well known team in the state and tested the back line on many occassions. It was a joy to watch for football enthusiast and also for the fans in Dimapur. One city that hardly saw football fans but with the onset of NPL has been the best attended so far and it was the same that Saturday afternoon. Drums were rolling from the Barak fans without the MJ impersonation this time around, neutral fans were at awe at the technical knowhow of both coaches and the game they let their teams play. This is the future of Nagaland Football and both the teams mean serious business. Barak may have won but all other smaller clubs in Nagaland should look up to how this two team play up to the technical strategy and coaching mended out by their coaches. It equally shows that this is a new era in Football and maybe the most important player in your roster will well maybe your head coach.

This was one match where NMFC could have used to kicked started their season but they failed to do so and lost by another huge margin. It could have well been a different story if only NMFC could have converted the penalty early on in the match because after that they let the Blue Assassins get into the match and the assassins did really kill this game by three goals to none. The best thing about this match was the NMFC are getting better and also the Doyang boss is really working slowly on his team and getting more consistent with each game. By the end of the season the table will show a different result because both teams are a work in progress. The New Market faithfuls have been disappointed whereas the Blue assassin faithfuls are all eager to see their team play in Dimapur which they haven’t so far and winning by 3 goals to 0 in this match. The blue assassin fans are eagerly waiting to cheer on their team when they officially play at home in Dimapur whereas NMFC has a lot of worrying to do but from our end what we see is that they just need to go back to the drawing board and work double of whatever they are doing now.

As predicted and spoken about the current league leaders do know how to win and they will just keep collecting 3 points and walk away happy. Kohima Komets is a difficult team to predict and the Coach must be really scratching his head because this is a super team with enough strength to win all its matches but results just don’t seem to favour them. It is not even a poor run of form for Komets and in paper don’t see any faults with this team. They have a superb midfield, solid at the back, a good custodian and two wonderful striker backed up by their star captain. So no one knows where the fault lies and nor does the football punditz. If the coach can open the Pandora’s box then they will be a delight in NPL but it’s taking too long a time because for a strong team like Komets four matches on the trot is indeed a long time. Dimapur united maybe the only team that has taken foreign players allowed in the NPL and it’s paying its dividend well for this team that could well be the League champions at the end of the season. This match was the first real test for Dimapur united after some easier fixtures and they came out winners after a wonderful worked goal on the dying minutes of the Match. The man of the Match was the Komets custodian who pulled off some excellent saves and put himself in contention of winning the best goalie of the season. The solitary goal was scored by Amir Lama and his team now sits nervously on top with a 2 points advantage.

After a well built up by the Dimapur United midfield, Amir gets the pass outside the box which he dribbles inside the box beating his defenders and pulls the trigger 18 yards out Inside the T Box, left corner beats the keeper  to roar of the Dimapur United Travelling fans that came to Kohima in hundreds. Clinical finish reminiscent of his idol Baichung Bhutia.

Click here to join the discussions on Nagaland Premier League 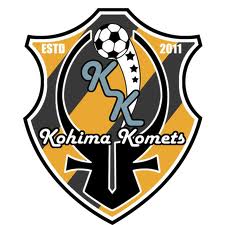