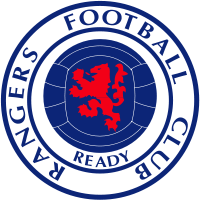 When the news of star Indian strikers Sunil Chhetri and Jeje Lalpekhlua was out on indianfootballnetwork.com, there was a rainbow of reactions pouring out from Indian football fans. Many said its fake, someone else said its just a marketing gimmick by the SPL giants while some hanged on to the hope that it might just be true.

Not much later in the day was the news confirmed on the official website of the Rangers FC, Glasgow. So, the news was not fake; but doubts still remained whether its just a headlines  grabbing measure or a sincere approach by the Rangers. Lets just believe for a moment that its all serious thing, Jeje & Sunil give their trials and one or both of them get selected. Will they really get to play? I mean its not about ‘warming the benches’ thing, that’s a different issue altogether. The question here is, will he be given UK work permit?

Let us try and weigh their chances.

What does the rule say?

The 2 very strict and distinct rules are-

1. The player must have played at least 75 percent of its National Teams international competitive matches (excluding International Friendlies) in the past 2 years.

Jeje’s Position: He has debuted this year in AFC Challenge Cup 2012 qualifiers and has played in all the 3 matches against Turkmenistan,Pakistan and Chinese Taipei. He also featured in the 2 matches against UAE in FIFA WC 2014 Qualifiers. So his records stay 100%. PASS

Sunil’s Position: Sunil too has been an important and integral part of the team for quite a few years now. Although I do not have exact stats of how many matches he played in the last 2 years, he surely featured in more than 80% of the matches. PASS

2. The country that the player belongs to should be among the top 70 FIFA International Rankings.

Unfortunately both the players FAIL miserably in this regard for little fault of their own. The failure to meet this criteria means automatic rejection of the application.

So is there no hope for them?

The answer is- Yes they have!  It’s all fair in the rule book. So if the application is rejected, the club has the rights to appeal to higher governing bodies for reconsideration. The governing body which typically consists of players’ association representative, officials of the SPL etc. will then decide in a meeting whether the player should be allowed or not. Typically what they look for is that whether the player can really contribute to the football there and that he deserves the quality which does not reflect in the FIFA Ranking of the National Team he belongs to.

Sunil’s chances:  He is a quality player who deserves top leagues. Having played in MLS might just work in his favour. But he has already been rejected for this application that he made following Queen Park Rangers’ contract. While, the application is sure to be rejected, his appeal will have a good chance given that he impresses the Rangers manager.

Jeje’s Chances: To be honest, its quite early days for Jeje. He doesn’t have the amount of experience behind him that will impress the governing bodies. He might just have to wait for little more time. But you never know!