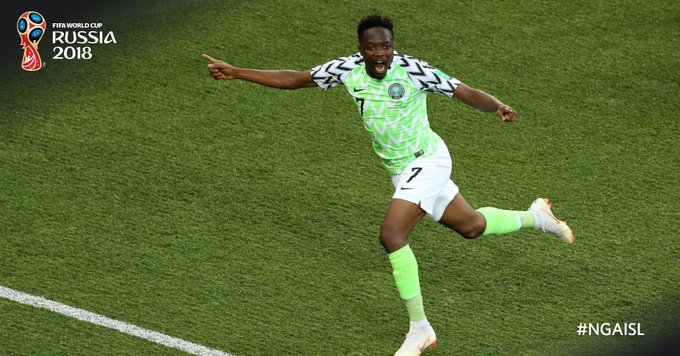 A brace from Ahmed Musa was enough as Nigeria beat Iceland 2-0 to keep their hopes alive of making it to the next round. Gylfi Sigurðsson missed a penalty late in the second half after he was brought down by a defender.

They now face Argentina in their next game, who to have an opportunity to go to knockouts if they managed to win. Iceland face group leaders Croatia.

Brazil scored twice in the stoppage time to beat Costa Rica and knock them out of the World Cup. Costa Rica were tight defensively but couldn’t hold their ground in the last few minutes. Philipe Coutinho and Neymar scored the goals.

Earlier Neymar dived to earn a penalty but it was overturned by the VAR.