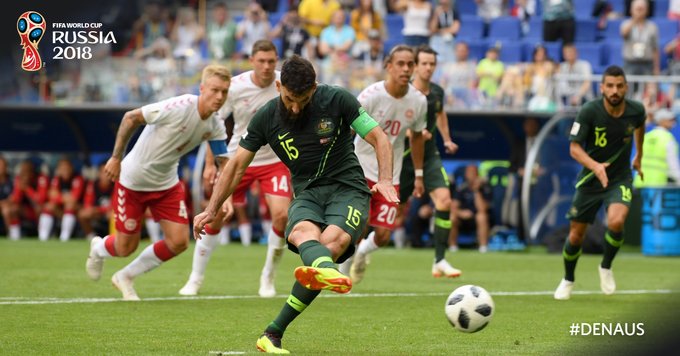 Mile Jedenaik scored from the spot as Australia played out a 1-1 draw against Denmark to keep their hopes of making it to the next round alive.

Christian Eriksen opened the scoring for Denmark in the 7th minute through a spectacular striker. Australia got a penalty after VAR intervened to give socceroos a penalty after Yusuf Poulsen’s handball was overlooked by the referee. Jedenaik equalised from the spot for Australia.

The Socceroos dominated the game had majority of chances but were not clinical enough. Legend Tim Cahill was again overlooked by the Australian coach to the dismay of most of their fans.