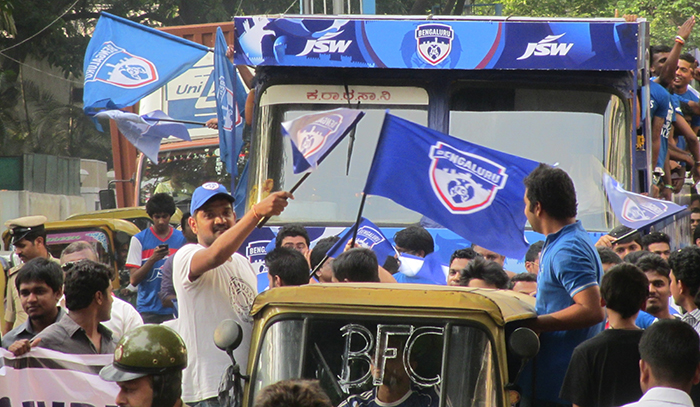 Bengaluru FC is looking strong for the season ahead after finishing runner up in the I-league and Fed Cup champion. The core squad is intact and addition new and young players will be good addition to the squad. 10 under performing players have been released and 8 new players in the squad for the current season.In addition to that 3 new support staff is also been added to condition the players and enhance performance of the squad. With fierce West Block blue fans support,This is the team to beat in the league.

Coach: Ashley Westwood – Player’s coach, great lad, tough guy. He will spire head the BFC boat again, he is people magician and know how to get work done and he applauds the players for work done. He should be having no issues taking club in right directions in 3rd season.

Goalkeeper: After having great last season Ralte will be under the again. He is good enough for domestic season. New addition to the squad Amrinder Singh from Pune, he too had good season in ISL with ATK but a little shaky. Both players should have healthy competition to become number 1. Only 2 Gk in the squad might haunt them if any 1 gets injured in the long season ahead.

Defenders: This season BFC has deepened the squad with Salam and young Nishu. Johnny and Osano combination will be not easy to break for any team with ease. With stable defenders squad in the league, Bengaluru defense will protect the goal post sensible. After having less impact in ISL Rino Anto should be rearing to go in the Hero I-league 2015-16. After losing the playing 11 position in the NT, Mawia will back to playing 11 in BFC. Veteran NS Manju and Vishal will be back up. Young  player Nishu and Salam decent backup to squad.

Midfileders : This is weak link BFC from the last season, continued to be the same this season too. No creative midfielder is available to boss the area in the league against all teams but it doesn’t mean they have the weakest at least for I-League. Thoi singh had an excellent season in Indian Super League and will be giving fight to others in the starting 11 in BFC. Seasoned regular for NT and BFC – Eugeneson will be the backbone again this season along with Josh. Decent season for CK Vineeth in ISL, pace of him will be a threat to opposition teams in the league.

Like Anto, Shankar also had an average season in ISL, will looking forward to be back to best in the I-league. Not impressive like first season or lack of playing time have will impact on Beikhokhei. New signing Alywn george should be looking to live up to expectation after derailing career and young gun Malsawmzuala will be impressing Ashley to find a place in 11.

Forwards: A star in the attacking front shouldn’t have any problems for scoring goals. Hardworking and Indian Captain, MVP of SAFF 2015 Sunil Chettri should be raring to go and lead the team.  New signing Korean import Kim and Doungel will be waiting to prove them self why they are best in the business.

Daniel Lalhlimpuia is injured for 4-5 weeks, Indian junior captain will wait to make debut and will give healthy competition for the place in bench or starting 11 with Udanta. After training stint in UK, This season should be breakthrough for Udanta and find regular place in BFC with uncertainty loomed over Robin Singh.

Prediction: Top 2 finish in I-League, Round of 16 in AFC Cup