It will be great finale of the SAFF Cup 2015 when two of the historically greatest friends, India and Afghanistan, take on each other for the coveted silverware on the 2nd of January 2016.

Today the two semifinals were played out in expected manner as both India and Afghanistan dominated their respective opponents Maldives and Sri Lanka. India started out cautiously but soon took control of the proceedings.

Captain cool Sunil Chhetri opened the scorecard in the 24th minute as a fine Holicharan cross found his head. Preceding this goal and throughout the match India created numerous chances and kept the Maldives goalkeeper busy. Jeje Lalpekhlua, despite being wasteful, managed to score a brace.

Against the run of play, Maldives scored two goals, exploiting the lax defending from the hosts and at the 75th minute the score was 3-2, menacingly close for India. But the hosts held on to the lead to enter the final.

Afghanistan on the other hand continued its dominating run in the tournament and thrashed Sri Lanka 5-0 in a one sided match. Sri Lanka put up a brave fight in the first half and conceded only at the closing minutes of the first half. But in the second half their resistance was broken with 4 goals being pumped in.

India vs Afghanistan final will bring back the nostalgia of 2011 and 2013 SAFF Championships, both the seasons saw these two teams in the final. While the title was grabbed by India in 2011, the current champions are Afghanistan who won it 2-0 in Kathmandu. So the spoils are evenly shared so far. This may well be Afghanistan’s last SAFF appearance as they change over to CAFA (Central Asia) and India would definitely want to give them a reason to come back! 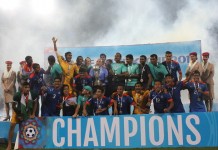 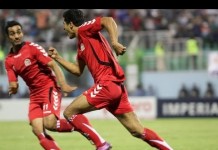