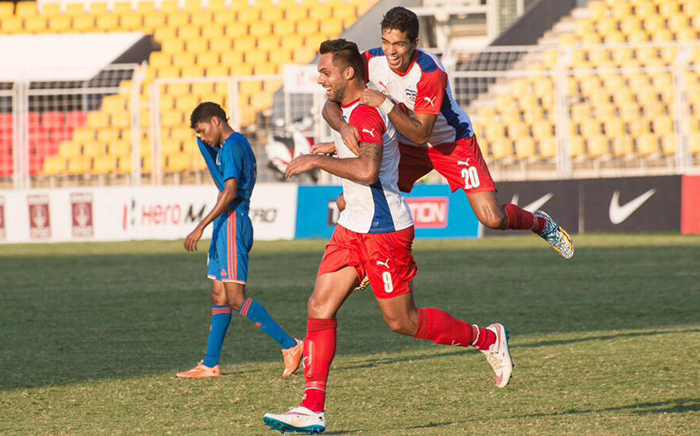 In a country where young strikers get limited opportunities, Robin Singh has been regularly featuring in I-League, first for East Bengal and now for Bengaluru FC. At senior level, Robin Singh caught everyone’s attention when he scored a brilliant goal for Tata Football Academy against East Bengal in 2009 IFA Shield. After signing for East Bengal, he found the net regularly, including a brace against Mohun Bagan in the high pressure Kolkata derby. Having scored 9 goals in the last season for Bengaluru FC, many of which came while playing as a substitute, Robin is aiming to make his presence felt in the upcoming Indian Super League for Delhi Dynamos, who picked him up from the ISL auction for INR 51 lakhs. Already a regular for the National Team, this well built striker has also represented India in youth teams. Indian Football Network presents exclusive interview with this 25 year old striker.

IFN : At an age of 25, with experience of playing for the national team and club football both at national and international tournaments (AFC Cup), would you say you are still a ‘work in progress’ ?

Robin Singh : Of course! You always learn something new at any point in your career. I am still fine tuning my skills. I have a lot to learn and have to train even harder, to be the best version of me as a football player.

IFN : Despite your relatively young age, you are one of the more experienced players in Stephen Constantine’s national squad. Tell us about your experience of working with Constantine.

RS :  That is very humbling of you to say. The coach’s word is the final word for us as a team. Being under Mr Constantine’s guidance, I have learnt and grown a lot. Playing with the team also helps us progress, because we learn from each other.

IFN : How different it is to play at Asian level for your club? Does that require special preparations?

RS : The teams have a different nature of play and their style is different. So for us it’s a new challenge. Such challenges help us as a team to hone our knowledge and skills even more.

RS : I always endorse hard work and believe that recognition comes when you work hard. If you are talented and produce results, you will get what you deserve.

IFN : Trevor Morgan and Ashley Westwood have believed in your potential and have given you ample opportunities. Please share your experiences of working with these coaches.

RS : Every coach comes with a different set of skills and knowledge and I have been extremely lucky to play under many different coaches. They have helped me grow, on and off the field, and I will always be grateful for the contribution they have made in my career.

IFN : Finally you will be able to represent your home city, Delhi, in the ISL. What are your goals for this ISL Season?

RS : I am very excited to be a part of Delhi Dynamos. Feels good to play for the hometown based club. As a football player, my goal has always been to work hard and deliver to the best of my capacities. I will have an extremely talented and experienced guidance team at the Delhi Dynamos. I will give my best for the team.

IFN : ISL will be very different from I-League. What are the major challenges you are anticipating?

RS : That’s what everyone is telling me! Honestly, I’ll have to wait and see what’s different. The little child in me is just excited to play some more football, with the best. 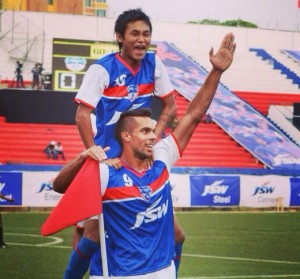 IFN : Comebacks have been a part of your story. Chandigarh Football Academy controversially expelled you, but you made it to Tata Football Academy (TFA), one of country’s premier football academies. Many prophesized your decline after your last season in East Bengal, but your contribution in Bengaluru FC’s success proved them wrong. How do you motivate yourself in such situation and script your comebacks?

RS : The unconditional love of my family, friend and fans is what really motivates me. They are my biggest critics. They’ve gone through it all with me. Knowing I have them watching my back, inspires me to give all I have, every day.

IFN : Your brace against Mohun Bagan in the high pressure Kolkata derby turned you instantly into celebrity among fans and Kolkata media. Tell us about the feeling of scoring in a Kolkata derby.

RS : It truly helped me set a milestone for myself, early in my career and helped me work harder and achieve bigger goals that I set for myself.

IFN : You always had a way with fans. East Bengal fans cheered for the roly-toly combination (Robin-Tolgay), while Bengaluru fans chant ‘who needs a batman when you have robin’.  What you have to say about that?

RS : It is very motivating and humbling experience to have fans come up with chants and praises like this. It’s a pleasure to hear them chant about me in the stadiums. Helps me play better.

IFN : You might be aware of the ‘Lord Robin trolls’ coming up whenever your performed below expectations. Do you find them funny or do they annoy you?

RS : Some of them are funny. Honestly, they motivate me to perform and play better.

IFN : Fans see you as bit of a brat. Is Robin Singh in personal life and dressing room a prankster as well?

RS : Yes! I am a bit mischievous! It’s more of a stress buster for me. To have some fun, making people laugh makes me happy. 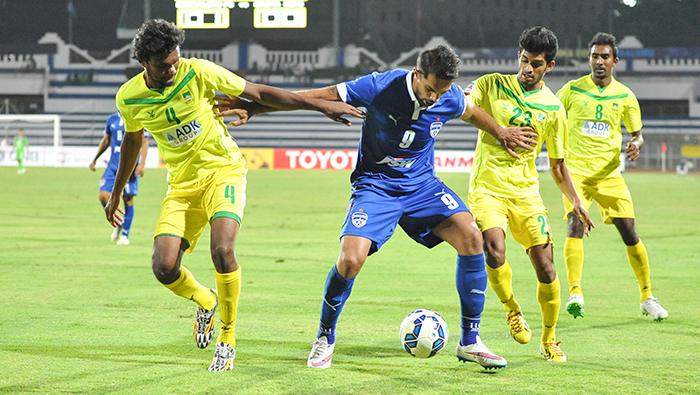 IFN : Fitness and diet are two important aspects of modern football. Can you give some important tips to budding footballers, especially those with limited opportunities?

RS : Watch your diet and find one source of exercise. It can be any source – running, jogging or gymming. More importantly, stick to the regime to sustain your fitness.

IFN : What is your next major goal?

RS : My goal is to train harder, stay fit and produce results to the best of my will and capacity.

RS : Thank you for the unconditional love and support. We are where we are because to your trust. Stay strong with us, we will where we deserve to be!