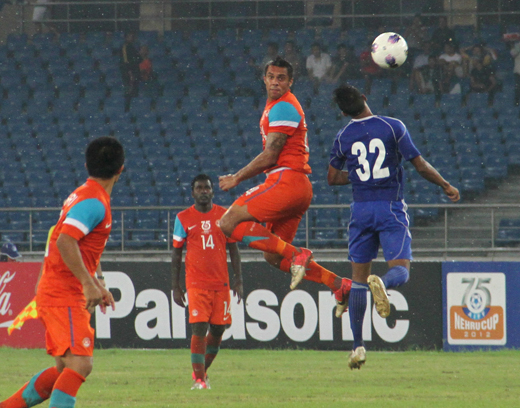 Once again the national football team of Nepal is gearing up for the 2018 World Cup qualifiers against India. It will be a big challenge, no doubt. Is there any hope for this team? Having finally beaten India after nearly two decades in the South Asian Football Federation Championship (SAFFC) held in Kathmandu in 2013, there is reason for a degree of optimism in supporters. Will there be another encore? This is a million dollar question. We will have to wait and see what happens. I will say though a reasonable result is possible unless the team plays their heart out to make sure they accomplish something. I do not have high expectations from the team. Keeping in mind their poor track record, I am afraid that the odds are heavily stacked against Nepal. By no means, it will be easy for them to beat the odds.

In the midst of a long, brutal and tight domestic football season, the World Cup qualifiers is taking place. The majority of players at closed camp are yet to recover from the physically and mentally sapping domestic tournaments, that has already taken a heavy toll on players. To add insult to injury, the roster is suffering from injuries to key players. The composition of the roster between now and then is most likely to go some changes.

I am left wondering how head coach Jack Stefanowski who has been a huge disappointment is preparing the side against India.He has been around long and had enough time to prepare the team ahead of the World Cup Qualifiers. It appears though there is lack of reasonable preparation for the upcoming international. It is no surprise. Everyone is well aware that under Coach Stefanowski Team Nepal has achieved virtually no results. His credentials as a coach comes into questioning. He is able to hold the head coach position only because of his blind loyalty to ANFA, and unsurprisingly, he does exactly as he is told by the football body. Whenever addressing the media, he has nothing new to say but instead exudes false optimism and shamelessly repeats same old lies.

Nepali football has been going through a lean spell.The senior team has struggled mightily and fared badly in every international tournament in the last twenty plus years. The last SAFFC provided Team Nepal with the best chance to restore pride but they blew it. The only solace they took after losing to Afghanistan in the last four is that they were able to get the better of India. With the first leg match scheduled in Guwahati (India) in less than two weeks, pressure is mounting on Nepal to get match fit for the challenge. I pretty much doubt their preparedness. Despite everything, Nepal does enjoy a slight psychological edge over India going into the match. They have nothing to lose and should go all out for a good result. That said, it will be tough going.

The thin offensive line continues to be the team’s Achilles heel. I am not sure how the offensive woes will be corrected. Another area of concern is midfield that is lacking intensity,sharpness and creativity. The defense does look sound but there is a need to tighten up, improve speed and reflexes. “Goal Nepal’s” scoop on the poor diet provided to players at the closed camp is a shocker. Apparently, the importance of players’ diet has been under estimated shamelessly by ANFA. It is common sense that sans a healthy diet, players cannot train hard, will struggle to improve their play and tire out quickly. Where is the outrage? Why is Coach Stefanowski silent over the issue? As head coach, he is duty bound to make sure players are given proper,healthy diet. If he can speak in support of ANFA President Ganesh Thapa, why doesn’t he raise his voice for players? 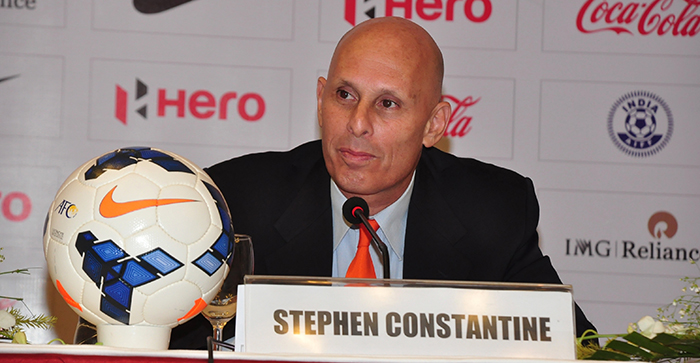 In his second stint as Indian football head coach Stephen Constantine has conceded that his team has to work hard against Nepal. He knows his team’s weaknesses and strengths. He can see what they are capable of. He knows this all too well. Forgetting not that Coach Constantine also coached the national team of Nepal. Although his team will be looking for a big win in the first leg, however, expect him to adopt a cautious approach in both legs. Admittedly, Nepal is left with uphill task against India in both home and away matches.