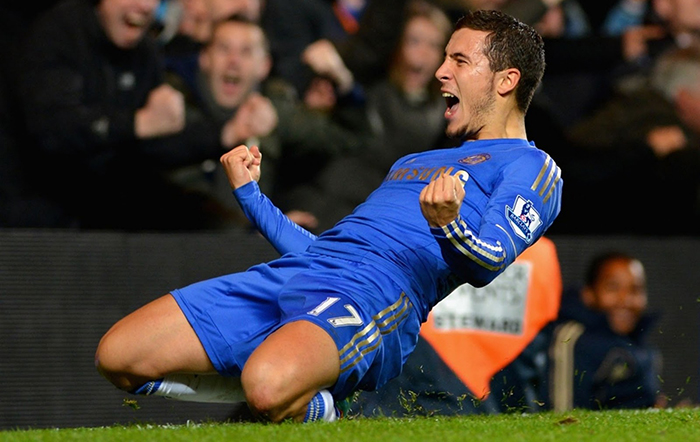 As we proceed to Gameweek 25, you are now left with no wild card options and you will have to watch your steps carefully to end the season on a high. Three out of the top four teams will be enjoying home comfort whereas the Citizens will have to deal with tough away test from the potters in order to get back into title race. While we await a tense midweek schedule, it’s time to get back into the thick of the things to predict who will emerge as fantasy heroes this time.

Arsenal and Manchester United will be the favourites to keep clean sheet. The gunners have changed their style of play since the famous win at Etihad but that formula didn’t work last time against a high-flying Spurs side. Nevertheless, Leicester’s weak attacking force should find it hard to get past Arsenal backline.

Manchester United welcome home a Burnley side, who will be really desperate to earn something from the trip to avoid relegation. Looking at De Gea’s form and United’s formidable defence, we can predict Burnley to end the match without scoring.

Now to grab the overall picture, defenders like Zabaleta, Ivanovic,  Coleman will have some say in the coming fixtures. Ivanovic has found himself in a sensational form once again, where the rest are expected to hit the headlines soon. Moreover, if Sunderland can clinch a clean sheet against an out-of-flow QPR, players like Van Aanholt, O Shea may also have some say in the proceedings.

Alexis Sanchez returns to first team squad from injury and he will be a key for Arsenal to get back on winning ways. The gunners have won last 5 of their home games convincingly and will be hoping to continue in same manner. Cazorla may also gather some crucial points out of this clash.

Eden Hazard has become a necessity in Fantasy teams with his consistency over the season. The list of other midfielders who can be entrusted to do good include Eriksen, Sterling and Downing. Sterling had been given a central attacking role in new Liverpool formation and if he can get onto the pitch keeping aside injury concerns, he may prove to be pivotal for the Fantasy managers even for a week.

The cheap options which will also serve your cause come up with Ward-prowse, Colback and Punceon. Di Maria has not shown his brilliance after coming back from injury. He will be quite determined to get back into scoring sheet. So, he and Sadio Mane will be the player on our radar.

Harry Kane is now probably the biggest name on the Premier League headlines and the young kid from North London has quite been a revelation this season. He sits in 42.5% of the fantasy teams and quite rightly so.

With Costa still yet to return, Aguero will be running the show of star striker in Premier League. With two assists from last two games, he will be keen to score this time to get his team up and running.

Jermain Defoe has scored on both of his two games after his return to England and he looks a good choice to be third striker in your team. The alternatives will include an in-form Danny Ings, a struggling Ayoze and somewhat dependable Peter Crouch.

Sanchez should be brought in your team immediately in stead of Ozil or Cazorla. If you don’t have enough money in your bank, go for Sadio Mane. Baines is a doubt for the Chelsea clash and he may be transferred for Clichy or Azpilicueta.

Alexis Sanchez looks to be the best option available but Aguero will not be far behind as the Argentine have shown glimpses of getting back into form and on his day, he will rattle the Stoke defence with ease.