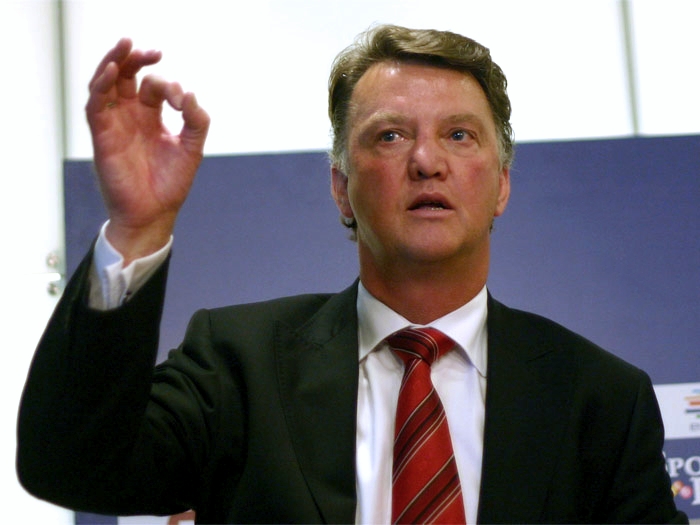 “4-4-2 makes my ass twitch”, van Gaal said when asked on his persistence with 3-5-2. Well, there are many who aren’t exactly a fan of the new system and the glitches are glaring. Here are 3 reasons why the 3-5-2 will not be an immediate success at Old Trafford.

It’s one of the big questions marks of modern football –  this myth of a ball playing centre-half. What does it really mean?
Well, to put it as simply as one can a defender who is comfortable on the ball under pressure and starts the build-up right from the back taking the ball off the goal-keeper is what many call, a ball-playing centre-half.

While, Manchester United are quite visibly under-strength at the back that isn’t the only concern van Gaal has to address if he wants to stick to the 3-5-2 formation he so fondly advocates. In Marcos Rojo, Phil Jones, Chris Smalling, Jonny Evans, James Blackett and Paddy McNair; the Dutchman doesn’t have a single ‘ball-playing centre-half’. Comparing the Manchester United’s way of playing 3 at the back to their rivals Liverpool, one can clearly pin-point the importance of a centre-half who can build from the back instead of just playing out to the wing-backs. Emre Can and Mamadou Sakho playing either side of the more direct Martin Skrtel take up the distribution responsibilities and have been doing a pretty decent job at it, thus relieving the pressure off the deep-lying midfielder(s). Even in the successful Juventus system, Conte deployed Bonucci and Chielleni either side of Barzagli as they went on to conquer the Serie A.

While, Manchester United have played the likes of Daley Blind and Michael Carrick in the back-3 on occasions more than one; it is detrimental to the system that van Gaal wants to deploy that he does have atleast one ‘ball-playing centre-half’.

Lack of a Physical Presence in Midfield

The paradox of this flaw in the 3-5-2 system at Old Trafford is that, the 20-time champions have one of the more physically imposing players in the league in Maroune Fellaini but the big Belgian has proven to be effective only in the final third.

Having signed Ander Herera and Daley Blind in the summer to add to the Old Trafford midfield battery; the duo certainly have got the legs and the desire to match any Premier League opposition but in terms of physicality they often get out-muscled in the middle of the park. The return of Michael Carrick to full fitness couldn’t have come any sooner for van Gaal as the Englishman adds presence and an unmatched passing range to United’s game. With Wayne Rooney dropping into midfield to add some more bite to a rather passive midfield, things have looked upwards off late for van Gaal.

However, the need for a permanent solution is of utmost need and names like Kevin Strootman and Ilkay Gundogan might just do the trick for the stern-headed Dutchman. 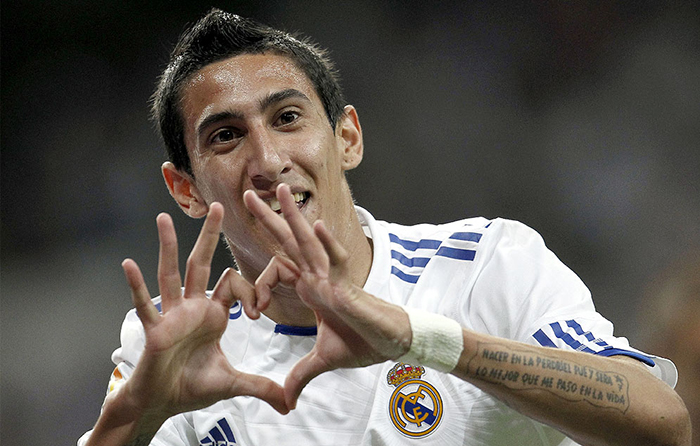 It’s strange that United have struggled to put down a first choice front-two with about 30 games played this season. With Robin van Persie as the undisputed first choice striker; United have played Rooney, Falcao, young James Wilson and even Angel Di Maria off late in the front-two.

In terms of playing Angel Di Maria as a front-man – something that van Gaal has done more regularly recently; its rather questionable that the Dutchman prefers to play Di Maria and Rooney both out of position. As far as the Argentine is concerned, van Gaal says that his pace stretches teams and that’s the idea behind playing him as a striker. However, the former Benfica man was successfully deployed in the centre of midfield in a midfield trio for the most successful parts of his Real Madrid career. Maybe Di Maria in midfield is something only Ancellotti and the many millions of football fans see and not van Gaal. With rumors surrounding Falcao and United’s reluctance to make his deal permanent; it looks like Di Maria in the front-two is something football fans have to get used to see.