“The Federation Cup will give us our first taste of tough competition and hopefully we’ll do well in the tournament. We’re going to go there with the intention of winning it, but in a cup tournament you can never tell who’s going to win, especially when you reach the knockout rounds. I expect us to put on a good show and if we don’t win it, we’re expecting to put on a good performance,” he said.

The two teams last met in the semifinal of the Durand Cup where Salgaocar went through on penalties. However, Westwood’s team have beaten the Goan club both times in the I-League last season and the Group B opener will be an entertaining clash to say the least. The other teams in the group are Shillong Lajong, Mohun Bagan and Pune FC.

Bengaluru have indifferent results in tournaments and Westwood hopes that the Blues could turn the tide this time around. “In tournaments, sometimes, you need a little bit of luck. Apart from applying yourselves properly and being prepared, you always need that bit of luck. When you’ve got to win five games out of six anything can happen, but we’re well prepared and well equipped for the challenge. If we don’t win the tournament, it won’t be because of a lack of effort or lack of preparation. Hopefully we’ll have that little bit of luck that you need in these tournaments.”

Skipper Chhetri, who was, on Saturday, announced as the AIFF Player of the Year for a record fourth time, said the team is keen to put behind the heartbreak of last season’s Federation Cup and focus on putting on a better show this time around. “At Bengaluru FC, we don’t dwell on what could have been. Tomorrow is a new game and we have played Salgaocar a few times before. It will be nothing short of an interesting opener and we will do everything we can to make sure we get off to the best possible start,” he said. 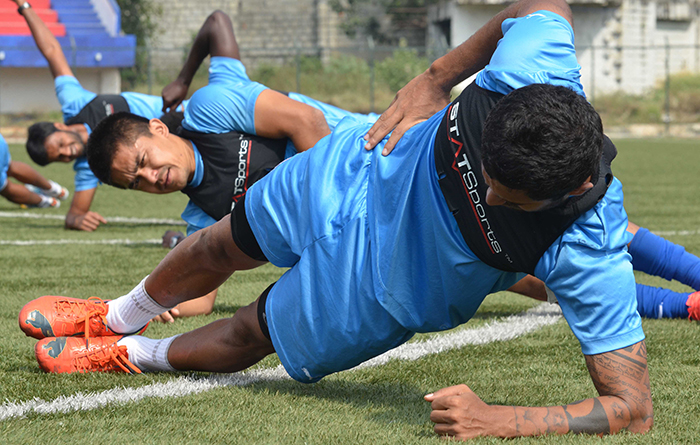 In Salgaocar, Bengaluru have opponents who have won the Durand Cup and the Goa Pro League but the Blues have had a fulfilling pre-season themselves. An exposure trip to China, a semifinal run in the Durand Cup and a dominant show to win the local Puttaiah Memorial Cup has allowed Westwood to weigh his options as well as let the new signings settle in.

The game will kick off at 4.00 pm and will be telecast live on Ten Action.