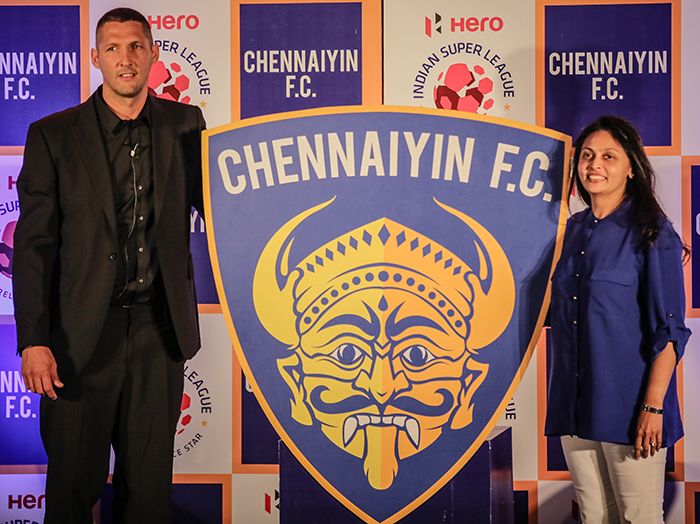 Hero India Super League table topper Atletico De Kolkata is flying today to meet the Chennaiyin FC at their home. This is going to be the top of the table clash as Atletico de Kolkata has eleven points from five matches and Chennaiyin FC has 9 from 4, meaning if Chennaiyin FC can manage a win they will be at the number one spot.

The match is probably going to be the most important match of the tournament so far. Both the teams have proven themselves in the tournament and have balanced sides.

Atletico de Kolkata got a much needed rest of eight days after drawing with Kerala Blasters FC at Kolkata. They simply played too many games within a short interval and the outcomes were injury to key players, Luis Garcia, Denzil Franco & Biswajit Saha and fatigue for all. Bangladesh captain Mamunul has also injured his hamstring while representing his country. Furthermore, Jackob Podany is still not fully fit.

On the other hand Chennaiyin FC has played one game less so far and don’t have much injury problem. Indian goal keeper Shilton Paul is offering similar option to Marco to field an extra foreign out field players. Chennaiyin FC has the strongest defense among all ISL teams along with two defensive midfielders Denson & Khabra protecting the back four. They will have company of towering Marco Materazzi and superb Elano. Probably Jeje will get another start with Mendoza. If Marco Materazzi doesn’t start the game, Bojan may start. The most probable Chennaiyin FC formation will be 4-2-2-2.

Although heavy rain in Chennai is a concern for the viewers the presence of former Miss Universe and glamorous Indian actress Aishywarya Rai Bachhan’s presence will be a huge boost for Chennaiyin FC fans.